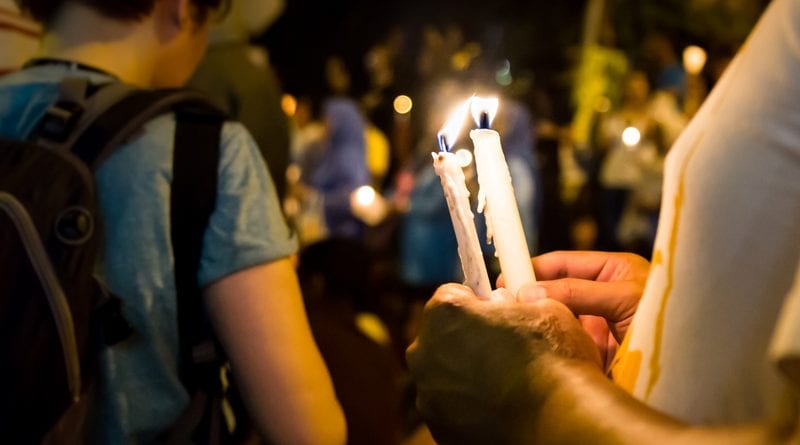 Markham residents joined Mayor Frank Scarpitti and members of council for an inter-faith vigil to honour the victims of the tragedy in Sri Lanka at the Aaniin Community Centre & Library on April 25.

“On Easter Sunday, while many of us were spending time with family and friends, tragedy struck in Sri Lanka,” says Markham Mayor Frank Scarpitti. “The world watched in horror as sadness filled our hearts. By coming together as one united community, we can show our support and stand in solidarity against violent and hateful acts. We remember the victims. Our thoughts and prayers are with everyone affected by this unimaginable tragedy.”

As we remember the more than 350 lives that were tragically lost, and in support of the survivors, and everyone affected by this tragedy, a book of condolences will be available for the public to sign at the Markham Civic Centre this week.

The City of Markham signed an agreement of friendship with Mullaitivu, Northern Province, Sri Lanka in January 2017. It was Mullaitivu’s first friendship agreement with a Canadian municipality, and a historical milestone for both of our cities.

As a community, Markham believes in engaging and fostering a greater understanding of inclusivity, equality and diversity in our community and beyond. As Canada’s most diverse city, Markham continues to encourage, recognize and value the contributions of people of all backgrounds, regardless of religion, ability, sexual orientation or gender identity and expression.

We stand in mourning with all those impacted by this tragedy.