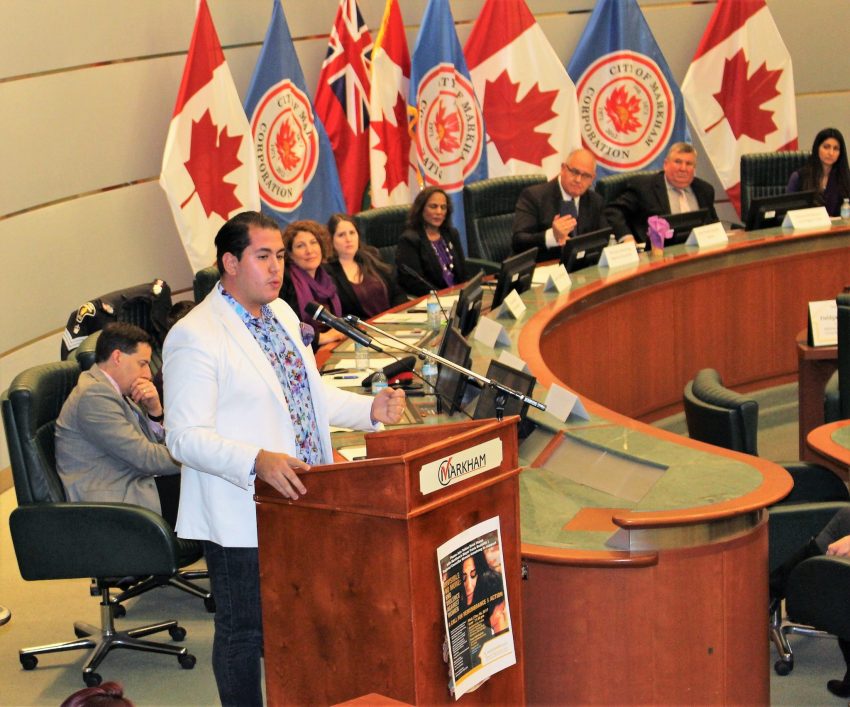 Yellow Brick House is seeking sponsors for the Markham shelter that is in need of 19 beds. Each requires $60,000 contributed over a four-year period. Shelter officials joined Mayor Frank Scarpitti and Regional Councillor Nirmala Armstrong at the “Invisible No More: End Violence Against Women” event Dec. 6, at the civic centre, to honour victims of violence.

The city is the first in York Region to officially recognize the National Day of Remembrance and Action to End Violence, which also marks the anniversary of the 1989 massacre at École Polytechnique de Montréal. Sponsors were recognized for their contributions to the Markham shelter, including Flato Group, NCompass Financial, Howland Green, and the Frank Scarpitti Charitable Foundation.

The numbers are harrowing. One in three Canadians will experience violence before the age of 15 and, in 2017, 32 women were murdered in the province.

Pictured: keynote speaker, James Milonas shares his story of growing up with abuse at the “Invisible No More: End Violence Against Women” event, Dec. 6, at the civic centre.