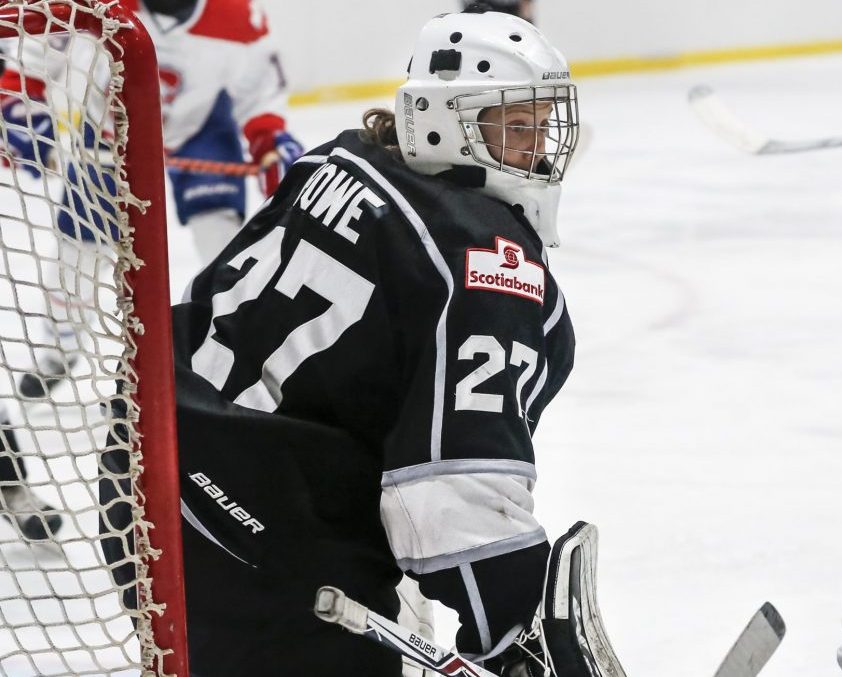 On Saturday, October 21, the Markham Thunder hockey team of the CWHL, newly relocated to Markham from Brampton, will engage in a historic battle against an elite women’s hockey team from China for the first time.

The Canadian Women’s Hockey League (CWHL) announced this year that it was expanding into China with two more teams, growing the league total to seven. Overseas, the two teams are Kunlun Red Star and the Vanke Rays.  In North America, the Thunder competes against the Boston Blades, the Calgary Inferno, Les Canadiennes de Montreal, and the Toronto Furies.

The momentous encounter and home opener for the Thunder will take place against the Kunlun Red Star at the Thornhill Community Centre.  Puck drop is 7:30 pm. In attendance will be delegates from China, along with youth from numerous area hockey teams. The following day, both teams will rematch in the same rink at 12:30 pm for a fundraiser in support of the Brain Tumor Foundation of Canada.

The appearance will mark the North American debut for Kunlun Red Star. “This is a historic moment in time for women’s hockey to grow on a global stage, creating a template for many winter sports to follow heading into the 2022 Olympics to be held in China,” said CWHL Commissioner Brenda Andress.

With the addition teams, the league will see the 2017-2018 schedule increase significantly, with each CWHL team from North America traveling to China to play a three game series each with the two teams there. Both the Vanke Rays and KRS will be located in Shenzhen, China – considered to be the Silicon Valley of China – and will play out of Shenzen Universiade Center arena. As well, both teams will travel to North America and visit each of the other CWHL teams in a similar format.  The Vanke Rays will arrive here to play against Markham in early January and KRS will return to Markham again later that month.

Returning players for the Thunder include Olympic women’s hockey team members Laura Stacey, Laura Fortino, and Jocelyn Larocque.  NHL alumnus and coach Jim Jackson along with assistant coach Candice Moxley are both new to the Thunder. Jackson played for the Buffalo Sabres and Calgary Flames.  Most of his twenty years of coaching after playing professionally have been with women’s hockey.  Moxley is a Markham native who played in the CWHL.

“We’re very excited about the fresh new changes for the team and are thrilled to have Jim and Candice join the Thunder.  The team is really looking forward to the 2017-2018 season,” said team General Manager Chelsea Purcell.

The Thunder open their season on Saturday, October 15 against the Toronto Furies at the Mastercard Centre.  Tickets for the October 22 game against Kunlun are selling quickly and a limited number are still available online at the Thunder web site.  https://store.thecwhl.com/