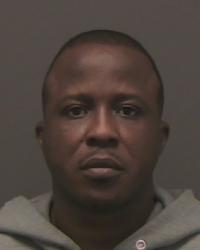 Investigators with the York Regional Police Major Fraud Unit have charged a 41-year-old man from the City of Brampton in connection with a $30,000 fraud and they believe there may be more victims.

The investigation began in April 2016, after a 51-year-old woman from the City of Vaughan came forward to report that she had been defrauded. The victim advised investigators that after meeting a person online and falling victim to a classic romance scam, the fraudster agreed to pay back some of the victim’s money that was allegedly borrowed. Arrangements were made to meet an associate, who claimed to be a diplomat from the United Kingdom by the name of Adam DAVID who would return her funds. The victim met this man at Pearson International Airport in the City Mississauga and was advised that he had the money to repay her, but that more money would be required to free the funds as they were being held up by Customs Canada. The victim paid and arrangements were made to meet later in a nearby hotel.

When the victim met the man in the hotel, he showed her a case full of cash that was painted black. She was advised that it had been painted in order to smuggle it into the country. He then advised the victim that the painted money could be cleaned, but that she would have to pay additional funds for the cleaning solution. Arrangements were made to meet on another day to exchange money for the cleaning solution. The victim handed over more money to the suspect, who was never seen again.

Investigators were able to determine the true identity of the suspect and on August 31, 2016, the suspect was arrested at his residence in Brampton and a search warrant was executed. Investigators believe that there may be additional victims and are asking anyone with information to come forward.

The accused, Twiwo Gbolade of City of Brampton, is scheduled to appear before the Ontario Court of Justice in Newmarket on September 29, 2016. He also goes by the aliases of Adam David and David Adam.

York Regional Police reminds residents that awareness and prevention is the best protection against fraud. There are many types of scams with a variety of tricks and tactics used by the suspects, but the goal is the same, suspects are looking to take as much money as they can from their victims. YRP urge citizens to always consult with a trusted friend or family member, or call the police before sending any money to strangers.