A Newmarket man has been charged in the death of a 22-year-old male whose body was found inside a car in Richmond Hill. The man was also charged in a Toronto home invasion. A second suspect is being urged to turn himself in to police. 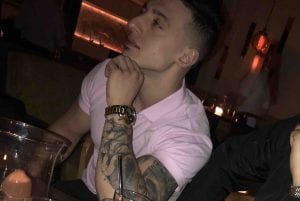 York Regional Police report the victim has been identified as Matthew Arcara from Toronto. A GoFundMe account, raising money for his funeral, describes him as a “true brother, son, friend and overall amazing person.”

At about 6:50 a.m. on May 17, police learned that a vehicle connected to a Toronto home invasion might be located near Bayswater Avenue and Emily Court. Officers found a Jeep Wrangler at the end of the street with a body in the driver’s seat. They believe two suspects were involved in the murder and went to a residence connected to the victim. Two men at the Toronto residence were tied up and robbed but not physically injured. The victim’s dog was killed.

Arjuna Paramsothy, 31, of Newmarket has been charged with first degree murder, two counts of robbery using a firearm, two counts of forcible confinement, disguise with intent and killing an animal. He is being held in custody and will appear in Newmarket court on June 1.