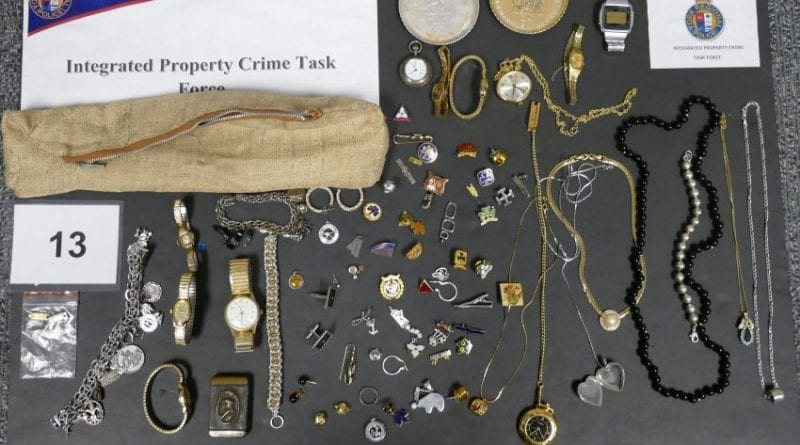 York Regional Police have laid 35 charges against two men in connection with multiple break and
enters across the GTA.

On April 1, 2020, both of the suspects were arrested. As part of the investigation, search
warrants were executed on the suspects’ residences. A number of stolen items were recovered and
officers were able to link the accused to several other break and enters in the GTA.

The owners of the property recovered during the warrants have not been identified. If you were a
victim of a break and enter over this time period, please review photographs of the property at the
following link: https://flic.kr/s/aHsmMsPDFz

For tips on how to keep your home safe and to conduct your own home security audit, visit yrp.ca
and click Crime Prevention.

Photo: Image shows some of the many recovered stolen items from multiple GTA break and enters.