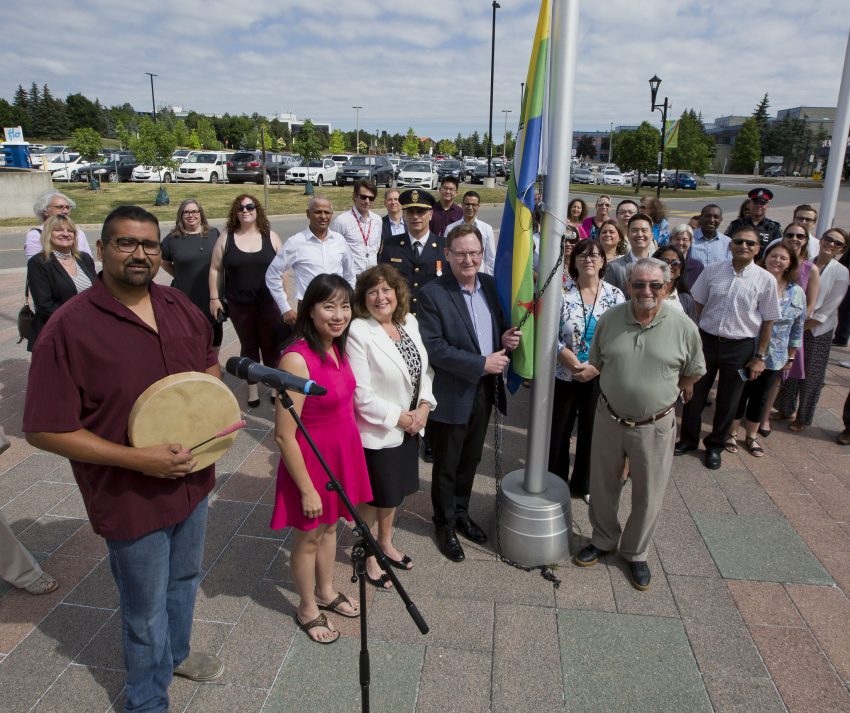 “We are very grateful for all Indigenous groups for their commitment to protect this land and its resources and we are committed to reconciliation, partnership and enhanced understanding,” Chief Administrative Officer Andy Taylor said at the ceremony, held June 21 at Markham Civic Centre. 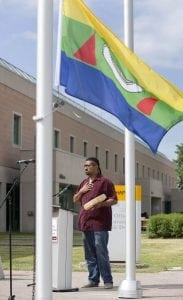 For generations, many Indigenous peoples and communities have celebrated their culture and heritage on or near this day because of the significance of the summer solstice as the longest day of the year. The City of Markham has embraced the spirit of truth and reconciliation by partnering with the Eabametoong First Nation, a remote Ojibway community located about 300 km northeast of Thunder Bay.

“This historic partnership we have founded is based on three principles,” Taylor said. “The first is social, cultural and economic collaboration. Two, harmony and goodwill for the betterment of both communities and three, stimulating public awareness on Indigenous culture and rights.”

Jacob Charles, CEO of First Nation Tours, a drum and piper carrier for his community and a fourth-generation traditional maple syrup maker, performed at the flag-raising ceremony “This drum represents the heartbeat of our Mother Earth and our mother as well,” he said as he prepared for a drumming ceremony.