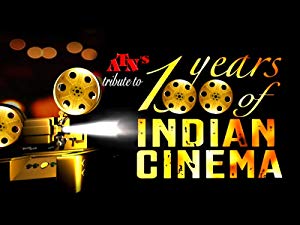 The series of 300 Episodes features celebrities from the world’s largest film Industry with an International perspective along with exclusive interviews with stalwarts of the Indian Film Industry including Movie Stars, Producers, Directors, Music Composers, Singers and Choreographers. The production is based on the interviews and shared moments with the icons of the Indian cinema, who have opened up to show their personal warmth and their real personal charm, that makes this production very unique and original. The series is produced at ATN’s High Definition Studios in Markham, Ontario, Canada. The series has precious footage from its vast original Canadian Production Archives, some of which may not be available anywhere else in the world.

“This series is a labour of Love and is dedicated to the Outstanding contribution made by several great Legends in the history of Indian Cinema. I consider it an Honor and Privilege to have personally Interviewed most of these highly respected and talented celebrities. We are truly delighted to showcase this highly entertaining & unique series, through Amazon Prime Video in the U.S. and the UK” said Dr. Shan Chandrasekar President & CEO of ATN, who was inducted into The Canadian Broadcast Hall of Fame.