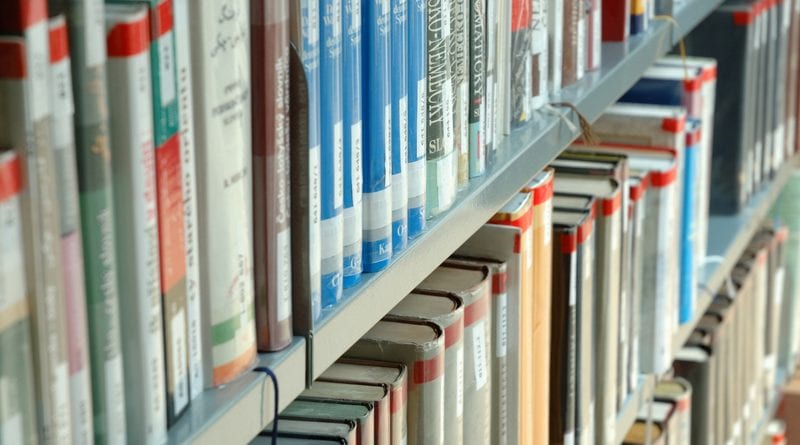 Put away your phones and grab your favourite reads off the shelf for Book Lovers Day!

The annual celebration takes place on Aug. 9 every year and encourages people of all ages to pick something up to read. Whether it be a chilling horror story by Stephen King or a passionate love story by John Green, find something to read to celebrate Book Lovers Day this year.

Don’t know where to get started? Here’s a list of bestselling books to read:

The Guest List is a thriller and suspense novel that follows a bride and groom to a remote island on their wedding day. Just when things seem to be running smoothly, someone at the party is murdered. Throughout the book, readers will be given a chance to relive the night from different guests’ perspectives and develop their own opinion on who they think the murderer is.

The Guest List was selected as The Times Best Crime Fiction of the Year and was last month’s Reese’s Book Club pick. The novel is also the fifth bestselling book in crime thrillers and murder thrillers on the Amazon Charts. Readers may also recognize Lucy Foley from her New York Times Bestseller, The Hunting Party.

The Skin We’re In by Desmond Cole

The Skin We’re In is written by Canadian journalist Desmond Cole. His book touches on topics of race, activism, and systematic inequalities in Canada. Through this book, Desmond Cole shares real-life stories and instances of racism in Canada from 2017. From stories of carding to the time where there were calls to tighten the borders for Black refugees crossing the border, Cole’s book sparks a conversation around race in our local communities and across the country.

The Skin We’re In is Cole’s first book and has become a national bestseller. The book was also adapted into a documentary on CBC Docs POV.

Call Me by Your Name by André Aciman

Call Me by Your Name is a story of romance and passion. The story follows a teen named Elio who develops a relationship with Oliver, a boy who is staying at Elio’s parents’ mansion for the summer. Throughout the story, the two go on a journey of self-discovery and develop a powerful and passionate relationship with one another.

This romance novel was first published in 2007 by Aciman and has since been read all over the world. Aciman’s book has been recognized as The New York Times Notable Book of the Year and the winner of the Lambda Literary Award for Fiction. The book was also adapted into a film in 2017. Not only has this film won an Oscar for Best Adapted Screenplay, it has also had 96 other wins and 253 award nominations.

The Handmaid’s Tale by Margaret Atwood

The Handmaid’s Tale is a dystopian novel that follows a Handmaid named Offred who, after the Republic of Gilead has overthrown the U.S. government, was separated from her daughter. As the story progresses, Offred begins to learn secrets about the government and the people that she is around, and plans to use these secrets to end the oppression that Handmaids like her are facing, and hopefully, be reunited with her daughter.

The Handmaid’s Tale won an Audi Award in 2013 and was adapted into a TV series in 2017. Atwood herself is recognized internationally, with her work being published in over 45 countries. She has also won the Book Prize several times in her career. Other notable awards Atwood has earned include the Franz Kafka International Literary Prize, the Pen Center USA Lifetime Achievement Award, and the Los Angeles Times Innovator’s Award.

Untamed is an empowering memoir by activist and bestselling author Glennon Doyle. In this book, Doyle explains how she found happiness and peace when she learned how to live without letting people define who she should be and what expectations she should meet. This book provides an uplifting and empowering message that emphasizes on self-betterment and fulfillment.

Since its release in March, Untamed has become a #1 New York Time Bestseller, and has been recognized by actress Reese Witherspoon as a Reese’s Book Club and Hello Sunshine Book Pick.

To celebrate Book Lovers Day, there are also tons of online book clubs and platforms for readers of all ages. Here are a few:

Markham Reads is a city-wide library program organized by the Markham Public Library. Every year, a book is voted upon as the book of the summer and readers in the community will have access to the ebook from wherever they are. During the summer, there will be virtual activities such as author interviews, community discussions, and more.

The TD Summer Reading Club is perfect for young readers who are itching to explore the world of books this summer. This particular reading club offers weekly challenges, discussions, and even has prize giveaways. The club provides a variety of opportunities for children to learn and interact with one another over the summer.

Penguin Teen provides an online experience where readers can find different reading suggestions based on their personal preferences and what’s trending. Readers can also find virtual discussion platforms hosted by different authors and do quizzes based on books that they’ve read.