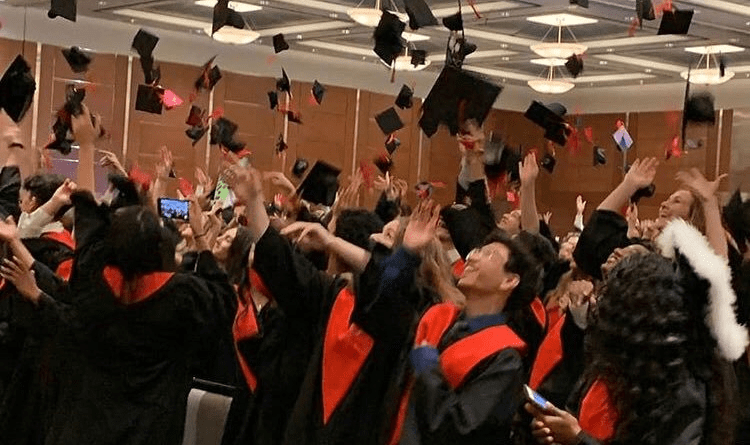 With 94.7 per cent of students earning their high school diplomas within four years of starting Grade 9, the York Catholic District School Board (YCDSB) stakes claim to the highest four-year graduation rate in the province.

“Outstanding graduation rates like these are the result of many factors,” said Dominic Mazzotta, Chair of the Board of Trustees. “Student perseverance and hard work, along with staff support and ongoing parent involvement are keys to success.”

Graduation rates are one of 10 key indicators the Ministry of Education uses to measure school board progress. The four-year and five-year graduation rate is calculated as the percentage of students who receive an Ontario Secondary School Diploma (OSSD) within four or five years of starting Grade 9. (The government ended the fifth year of high school in 2003, though students still have the option of a so-called ‘victory lap’ to take extra time to earn required credits.)

“At York Catholic, we believe that student success is enabled when programs and services are designed to meet student needs,” says Director of Education Ab Falconi. “Thank you to all the hardworking, dedicated YCDSB staff who do so much to provide a fully-rounded, faith-based education to our students.”

In order to earn an OSSD, a student must earn a minimum of 30 credits, including 18 compulsory credits and 12 optional credits; meet the provincial secondary school literacy requirement; and complete 40 hours of community involvement activities.

Photo of recent graduates courtesy of the York Catholic District School Board.