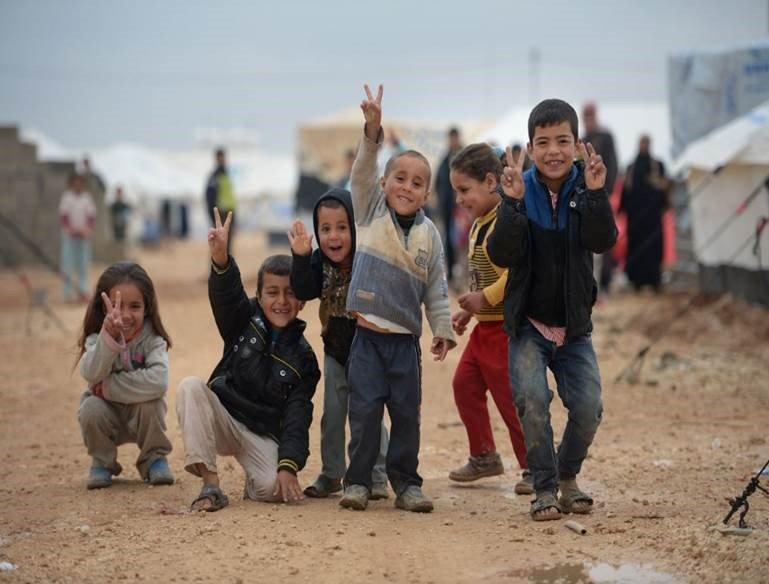 By Shamar Brown with Christopher Williams

On January 13, 2017, a Syrian refugee guest speaker came to Milliken Mills High School to shed some light on what’s going on in Syria. The presentation was inspiring and was eye opening.  I got a chance to speak with Alkhatib after his touching presentation and this article came out of that discussion.

Sitting there listening, with 150 other students, I was surprised at how little I knew about the crisis in Syria. I was also fascinated with this real story that I found hard to fathom and rationalize from the perspective of my cushy Canadian lifestyle.

As a refugee from birth, Alkhatib knows what it is like when you can’t go home. His descriptions of poorly funded refugee camps, even those with the best intentions, where food and medical supplies are in constant shortage and where educational supplies, even simple paper and pencils with which to write, are often non-existent, paint a bleak picture of existence for people who did nothing to deserve such a miserable fate.

“You’re own country should give you safety, Your home has relatives, family, support, everything. This is a basic human right.” Alkhatib said.

Although he is incredibly grateful to Canada and to the local church that sponsored his immigration here, Alkhatib is not at peace with his situation. He is most worried about young people in Syria and he described the possibility of an entire generation of Syrian youth without basic education. He worries about what that may mean when the war finally ends. Alkhatib is hopeful the war will end soon so that he can return to Syria to help rebuild the country. During his presentation he went more deeply into describing what 6 years of war looks like for the people caught in the wake and his descriptions were disturbing to say the least.

Here is much of what I did not know:

According to the Canadian Government’s immigration page of their website, 39,671 Syrian Refugees have been accepted into Canada since 2015. The war in Syria, which really began in 2011 has displaced millions of people and resulted in over 400,000 deaths. Syrian citizens have been forced to evacuate their homes in major cities and flee to makeshift camps where some have had to struggle to survive for years – a scenario that seems almost unimaginable in Canada. Newsflash: the war in Syria is not over.

As complicated as the war seems to be, with fighting coming from unpopular government troops supported by an assortment of seemingly covert allies while clinging to power in the face of organizations like ISIS, Jaish al Fateh and soldiers from neighbouring countries, there is chaos, bloodshed and horror for those trying to live normal lives. According to CNN and the United Nations over 4 million Syrians have fled the country since the war began. Another 6 million people have been displaced internally.

In the end, Alkhatib left us with a sobering message. “ I want to deliver the message that we are all the same. We are all sharing this world. There are bad people, corrupted leaders, human torture, illegal weapons of war…if you lose hope, it will grow more. If we gather as individuals then we can make a difference.”

Want to help? Go to #savealeppo and check it out.