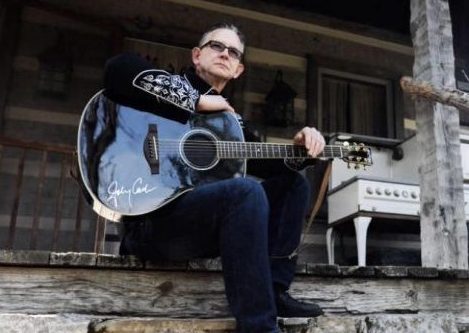 This spring, 19 on the Park welcomes CASH: The World’s Most Authentic Johnny Cash Tribute.

Paul Anthony’s voice is a near-perfect match for the Man in Black and has several connections to Johnny Cash. He has been invited by the Cash family to record the album “Classic Johnny Cash.” During this recording, Paul has the chance to play alongside WS “Fluke” Holland, Dave Roe Who both played with Johnny Cash himself.

In addition to these connections made with these talented artists and the Cash family that surpassed even Anthony’s expectations; he recorded an acoustic version of one of Johnny Cash’s most famous songs – Hurt. He did so while in Cash’s farmhouse in the exact chair where Cash recorded the song many years prior.

See Paul Anthony and his Boom-Chicka-Boom Tennessee Three CASH Show Band at 19 on the Park on May 22.

Don’t forget to pick up a 2020 season brochure at the 19 on the Park box office.

Photo: Paul Anthony and his Boom-Chicka-Boom Tennessee Three CASH Show Band perform in Stouffville on May 22.