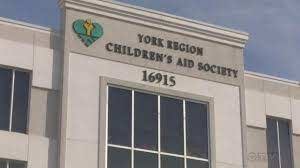 “We take this matter very seriously,” Board Chair Tahir Shafiq said. “The Board has no tolerance for racism, discrimination, bullying or harassment of any kind.”

The board established a special committee to look into the allegations and make a recommendation regarding a third-party review on June 23, just a week after receiving a damning report containing the findings of a union survey conducted by OPSEU Local 304.

“Our highest priorities are to serve and support families in York Region and ensure that YRCAS staff have a safe, inclusive and healthy workplace environment,” Shafiq said. “We are committed to working with our labour, government and community partners to make YRCAS diverse and inclusive. We have made progress, but there is clearly more work to be done.”

Associate Minister of Children and Women’s Issues Jill Dunlop announced the operational review on July 31 in response to “several troubling allegations…We want to ensure the health and well-being of staff so children, youth and families in York Region can be confident they are receiving the best and most culturally-appropriate services,” she said when making the announcement.

“These allegations are deeply troubling and we want to assure the residents of York Region that we do not take this matter lightly,” Dunlop said. The ministry also issued a directive to the YRCAS to “properly address” issues of workplace culture.

YRCAS is headquartered in Newmarket and has offices in Richmond Hill and Woodbridge. On June 2, CEO Nancy French released a statement in response to the Black Lives Matter movement. “We remain committed to ensuring we have a safe, equitable and anti-oppressive workplace,” she said.