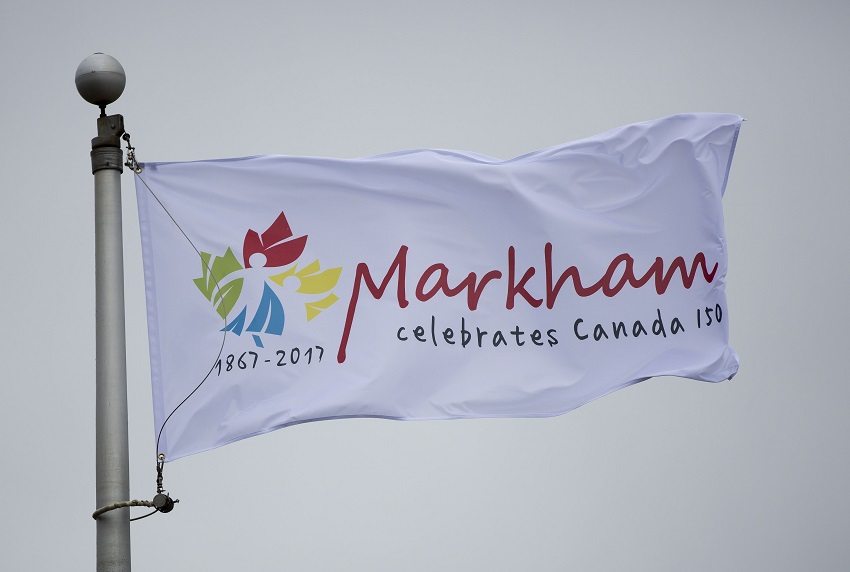 After months of planning and 150 years in the making, Canada’s sesquicentennial is upon us.

Markham has planned a slew of events to mark the occasion.

This year’s festivities will feature many of the same fixtures from years past, but much bigger in scope—to match the milestone’s significance, organizers promise.

“The Canada 150 celebration is going to be a way to bring the community together. We want to encourage everyone to celebrate,” noted Ward 6 Councillor Amanda Collucci, who serves as co-chair of the city’s Canada Day Committee.

The City of Markham will also host its annual Canada Day luncheon for about 1,000 seniors at Le Parc.

And, of course, don’t forget the afternoon People’s Parade from Highway 7 and McCowan Rd. to the Milne Dam Conservation Area—the site of the evening’s festivities which ends with fireworks.

In the morning, a group of immigrants will take the Oath of Citizenship in citizenship court, cementing their status as the community’s newest Canadians.

This makes the day particularly special according to Collucci, who immigrated to Canada in 1990.

“We’re really celebrating the establishment of Canada,” she said. “Citizenship court is going to be a very special event, especially for this year. How many people can actually become citizens on the 150th anniversary of Canada’s establishment? It’s a very significant milestone for those Canadians to be able to be sworn in on such a special day.”

Oath-takers won’t be the only people taking the stage, however. Part of the “non-stop entertainment” planned for the day includes a performance from the winner of Star Search Markham, a local talent competition that kicked off earlier in the spring, bringing with it a $1,500 grand prize and an opener spot on the Canada Day stage.

Beyond Canada’s birthday party, Markham has also made an effort to foster philanthropy in the community through the Canada 150 Neighbourhood Grant Program, which offers dozens of grants of up to $500 each—for a total of $40,000—to community leaders and groups in neighbourhoods across the city.

This community spirit drives what Collucci says makes Canada such a great place.

“Canada is such a welcoming country. It’s so immigrant friendly: it’s very open, it’s very diverse, and it’s really inclusive,” she said. “The way I see it, Canada is really a dream land….We may be a little bit biased, but Canada is really the best country to live (and) to raise our family, for education, and for everything. We respect each other’s values and each other’s culture and each other’s differences. Our differences are what really makes Canadians strong.”