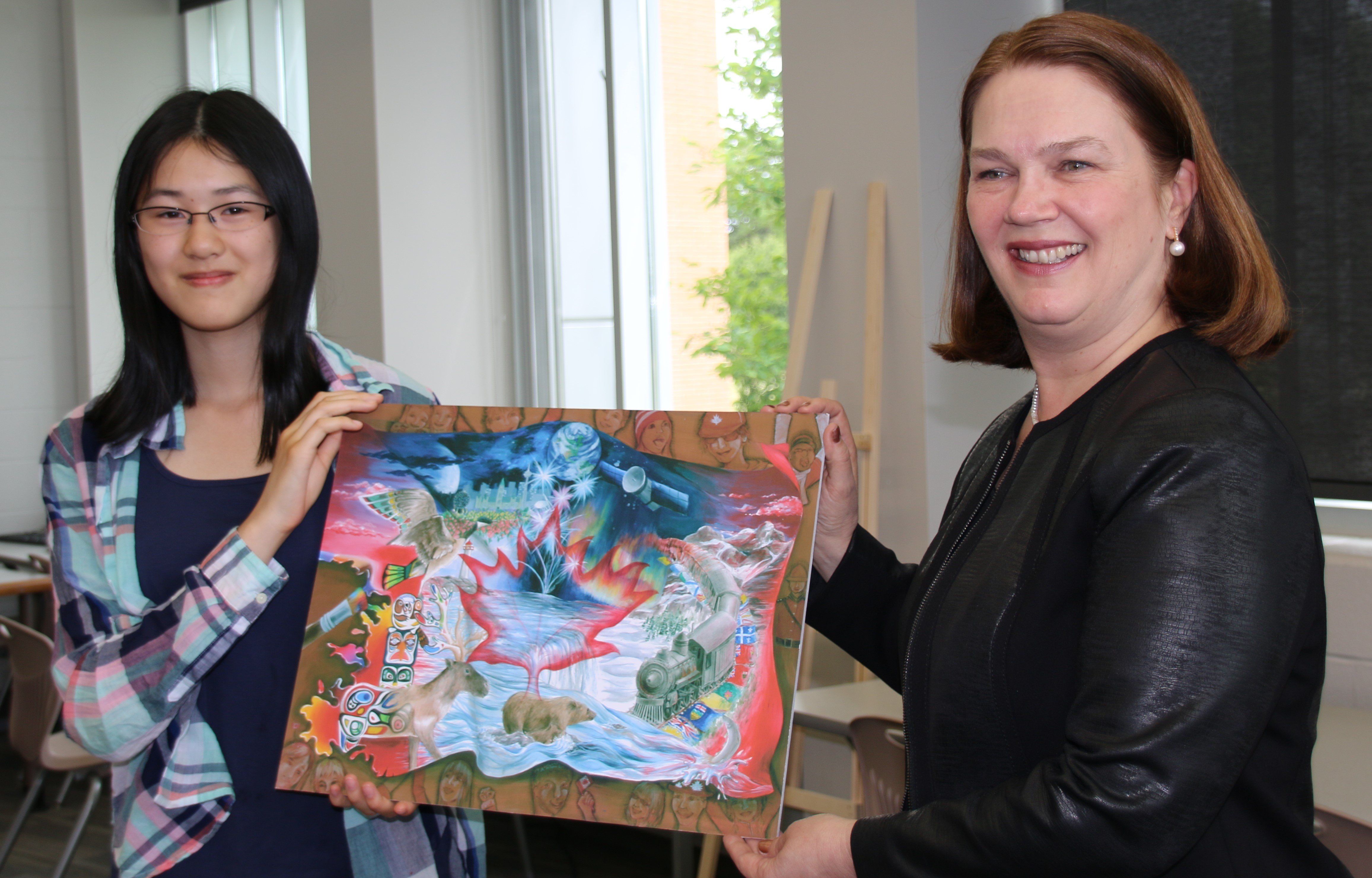 The Canada Day Challenge is more than just being proud to be Canadian. It’s a chance for young people 8-18 years-old to express their pride in the most creative way possible. That means showing the world their red and white heart through drawings, creative writing, photos, videos – whatever allows them to represent their pride in and gratitude for what this country has to offer.

Having entered their original work in either the Write it!, Snap it! Or Draw it! categories of the nation-wide contest, young entrants from across Canada waited nervously for the winners to be announced to see if their work would be chosen to be highlighted at a summer exhibit at the Canadian Museum of History.

Winners also get an all expenses paid trip to the capital including a behind-the-scenes tour of Parliament Hill and a promise to meet some of “Canada’s most inspiring people” plus an iPad and other gifts.

Markham-Stouffville MP Jane Philpott announced the winners today at Markham District High School (MDHS). Among the national champs was MDHS’s own Rachel Shen who was declared a winner of the Draw it! section of the Canada Challenge.  Adele Beaudoin, from Red Deer, Alberta, was the winner in the “Write it!” category and Florence Emmanuelle Parent, from Rosemère, Quebec, took the honours in the “Snap it!” category.

Shen’s drawing, incorporating various iconic Canadian symbols was featured at the press conference and is seen in photo.

In addition to her work being featured in Ottawa, she will also be paired with a National Film Board team that will produce a segment that chronicles her trip to Ottawa in the week leading up to Canada Day.