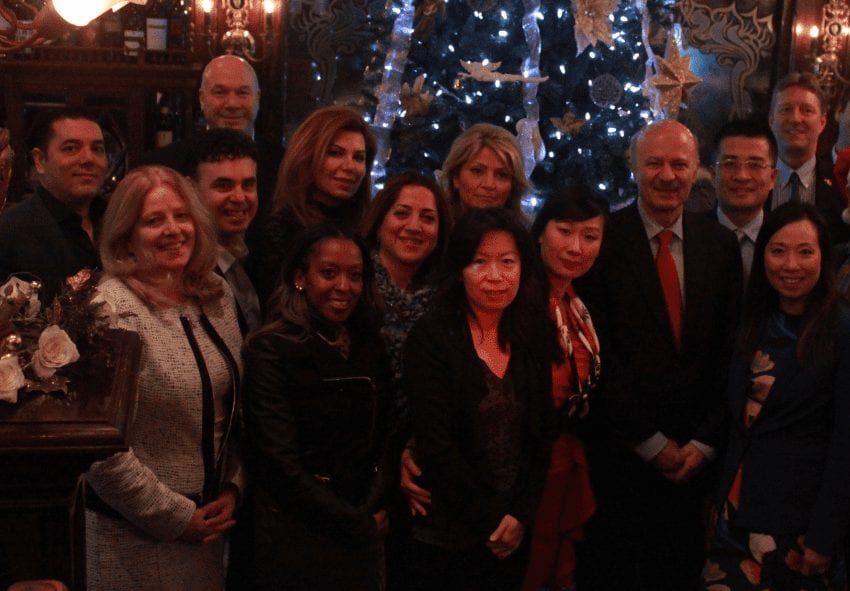 Distinguished guests present included Minister of Research, Innovation and Science, the Hon. Reza Moridi ;  Town of Richmond Hill Councillor Godwin Chan;  City of Markham Councillor Amanda Yeung Collucci and the Commercial Consuls  of the Consulate General of the People’s Republic of China in Toronto, Mr. E Defeng  and  Ms. Li Yanhua. Each CCTIA director took the opportunity to speak about their respective business and shared their experience in working with their partners in China.

The Hon. Reza Moridi spoke about China’s remarkable progress and achievements and encouraged all those present to take advantage of the opportunity to work closely with China utilizing CCTIA’s proven successful platform for bilateral cooperation, innovation and investment.

Mr. Defeng, the Commercial Consul  of the Consulate General of the People’s Republic of China in Toronto, noted the historical importance of PM Trudeau’s visit to China and Premier Li Keqiang’s consequent visit to Canada.  A new age has been ushered in, bringing with it immense opportunity for cooperation between businesses in Canada and China.  CCTIA is in optimal position to play a large role in this alliance.

Amanda Yeung Collucci remarked enthusiastically about successful Chinese corporations in Markham, including Huawei and Bank of China and welcomed the opportunity for Chinese business investment in the City of Markham.

CCTIA Chair Jaclyn Zhang recapped CCTIA’s inaugural year’s success by highlighting its many achievements: CCTIA Business Mission to China accompanied by leaders of eight prominent Canadian corporations in November 2015.  In partnership with co-sponsors –  the Ontario Ministry of Agriculture, Food and Rural Affairs and The Ontario Ministry of Citizenship, Immigration and International Trade, CCTIA was part of the organizing body and participated in the ‘Canada-China Food Innovation’ Trade Forum and Show in April 2016.  Most notably in July of 2016 CCTIA welcomed Hubei Vice Governors from China to host and witness a signing ceremony for the establishment of ambitious real estate projects. In October of 2016, CCTIA and the Overseas Chinese Affairs Office of Hebei Province organized “Qiao Meng Yuan” the International Health &Hi- Tech Project Conference.  Zhang recounted numerous business trips to different cities in China from October 2014 to most recently this past November. CCTIA members have successfully coordinated lucrative joint projects in such diverse industries as agri-food, machinery, manufacturing, high-tech, health care and clean energy.

Looking forward, Zhang announced plans for CCTIA to lead a Canadian delegation to participate in the ‘China International Economic & Trade Fair’ and ‘China Bakery Exhibition’ in Hebei, Beijing and Guangzhou in May, 2017.  And tentative plans exist for a ‘Canada China Hi-Tech and Machinery Forum’ in Toronto, which will focus on Hi-Tech, machinery and clean-tech. And explore investment opportunities in Ontario.

The Canada China Trade Innovation Alliance is a non-profit organization registered in Canada and is headquartered in Toronto.  Alliance members range from diverse industries such as technology, agriculture, manufacturing, health, green energy, legal, finance, real estate, import and export and many other multi-ethnic Canadian companies.  CCTIA is a catalyst for the promotion of innovative bilateral trade and investment cooperation between Canada and China.