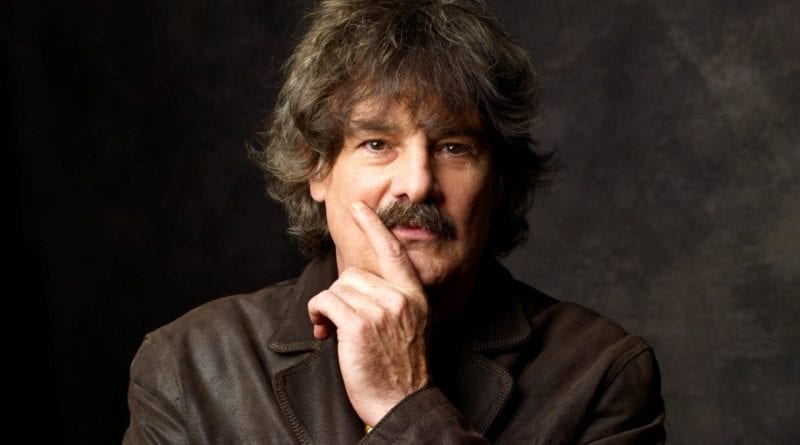 When John Lennon names you as his favourite singer and Robert Plant from Led Zeppelin calls you one of music’s best voices, it’s difficult to imagine higher praise.

This is the kind of problem Burton Cummings must be pleased to have.

There are only a few singers in popular music with a voice that can instantly invoke halcyon memories. Along with the legends above who have sung his praises, Cummings is one of them. When his vocal comes in on songs like American Woman or These Eyes, it’s hard not to feel transported back to the moment you first heard them.

“He’s a legend, it’s that simple,” says Flato Markham Theatre General manager, Eric Lariviere. “We didn’t choose to book him as much as we had the chance to book him!”

Cummings brings his Up Close and Alone Tour to Markham on November 14. It’s part of the Canadian Rock Legends Series this season at the theatre.

Despite how timeless he may seem today, Cummings did help to define an era in music. Born in Winnipeg in 1947, he became the lead singer of the Guess Who before his 20th birthday. Until 1976, he led the band to its position as the first great Canadian rock band and had iconic rock critic Lester Bangs declaring that ‘The Guess Who is God!’.

Perhaps more importantly, Cummings and crew were the first Canadians to top the US Hot 100 with American Woman. Their success and hard work drew a map for their peers and led to a renaissance of Canadian influence in the rock music scene. Neil Young, The Band, Bruce Cockburn, and Rush all owe a debt to Cummings and The Guess Who.

Of course, as a solo artist Cummings continued to redefine what success meant at the time, and what it means to this day. His 1978 album, Dream of a Child became the first triple-platinum release by any Canadian artist and his single, Stand Tall remains his greatest American hit.

Still, it’s the power of Cummings voice that captivates his audience. After a half-century of performing, his voice refuses to fade. Perhaps this is how he has defied definition by his era to become timeless.

Now 71, Cummings is a member of the Canadian Music Hall of Fame, Canadian Songwriters Hall of Fame, Canada’s Walk of Fame, multiple Juno award winner, recipient of the Order of Canada, and his name has even been used for a hometown community centre in Winnipeg. He still tours, from time to time, with Randy Bachman from The Guess Who’s classic lineup, but he also likes to perform solo.

The Up Close and Alone performance features Cummings alone at a piano. No Sugar Tonight/New Mother Nature, Clap For the Wolfman, Stand Tall, No Time, These Eyes, Laughing, Share The Land, and others make up the set list, but it’s Burton Cummings the storyteller that steals the show

“In a cozy setting like our theatre, artists like Burton seem to have a great time telling stories,” says Lariviere. “People love to get behind the scenes with this song, that person, this party, or that album. It’s very intimate, but it’s also very cool.”

Cummings himself describes the show as inviting the audience into his living room. Imagine that; just hanging out in the living room of John Lennon’s favourite singer, sharing songs and stories.

Burton Cummings: Up Close and Alone performs at the Flato Markham Theatre on November 14 at 8 p.m.