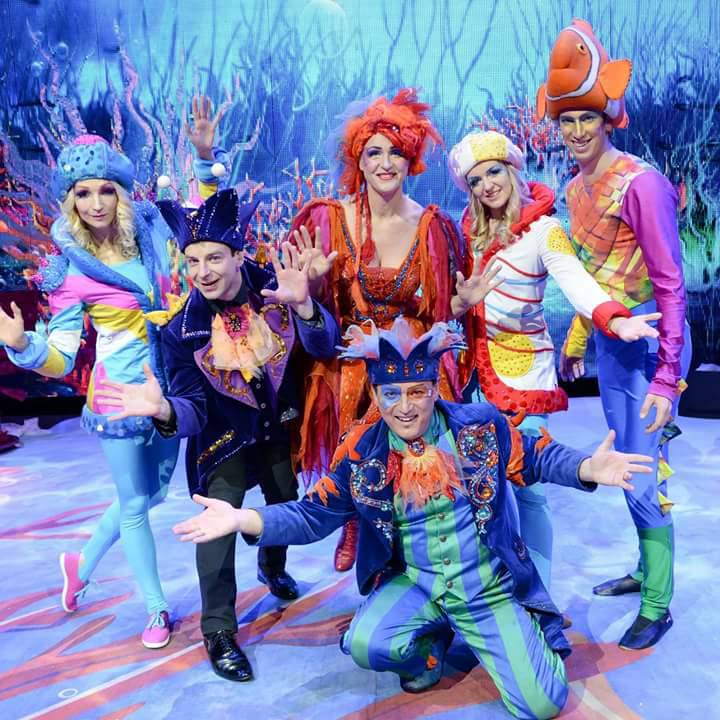 Imagine a moment in which your life stands still. No phones ringing, no one asking you for things, and not a care in the world.

That dream awaits you when you step—or plunge—into the submerged world of bliss that is the Underwater Bubble Show.

Coming to the Flato Markham Theatre Dec. 28 for matinee and evening performances, the Underwater Bubble Show tells a story about a man grappling with a reality with which we can all identify—busyness.

Mr. B is a fast-paced professional, embroiled in the daily grind to such an extent that he doesn’t think of stopping to smell the roses. Until, that is, he ends up at the bottom of the sea, exploring a realm of untold wonder.

Just as Mr. B experiences a world beyond his own, so too does the audience, through this multimedia stage show.

Featuring lasers, lights, sounds, music, and, of course, bubbles, the dazzling production combines these special effects with a story to make the show as inspiring as it is awe-inspiring.

After 21 years of touring, which have taken the show to 41 different countries, show manager Dace Pezzoli said the theme is a universal one.

“Bubbles are something magical,” said Pezzoli, who also performs in the show as an artist and designs some of the set pieces alongside her director husband, Enrico. “In the underwater world, we found this peace and colourful joy. It’s something incredible when everything stops and there are no cares. You just look, enjoy, relax, and take pleasure from the beauty of God’s creation and creativity.”

Based in Latvia, the Pezzolis began the show as a duo, performing a series of effects and vignettes for 15 years, before shifting the show into the story-driven one it is today. This is one of many evolutions, according to Pezzoli, who said the show changes from year to year as part of its natural growth as an act.

“This is a diamond, which we continue to polish every year,” she said. “Every year we add things. We ask, ‘Why don’t we try this? Why do we do this?’ It’s ready, but it’s never finished, because we don’t like routine.”

One thing that hasn’t changed is the show’s absence of the spoken word, which Pezzoli said allows the production to translate to audiences as well in Canada as it does in China or Algeria; it also lets the artists’ movements and expressions speak for themselves.

The outcome, Pezzoli said, is the “biggest and most beautiful production that we could be proud of at the end of our lives.”

Though the show is playful, it’s anything but juvenile. The bubbles used by the performers take on shapes, sizes and patterns most have never seen in their backyard bubbling. There is as much science as there is skill, filled with a roster of performance artists and special effects technicians.

The Underwater Bubble Show at the Flato Markham Theatre