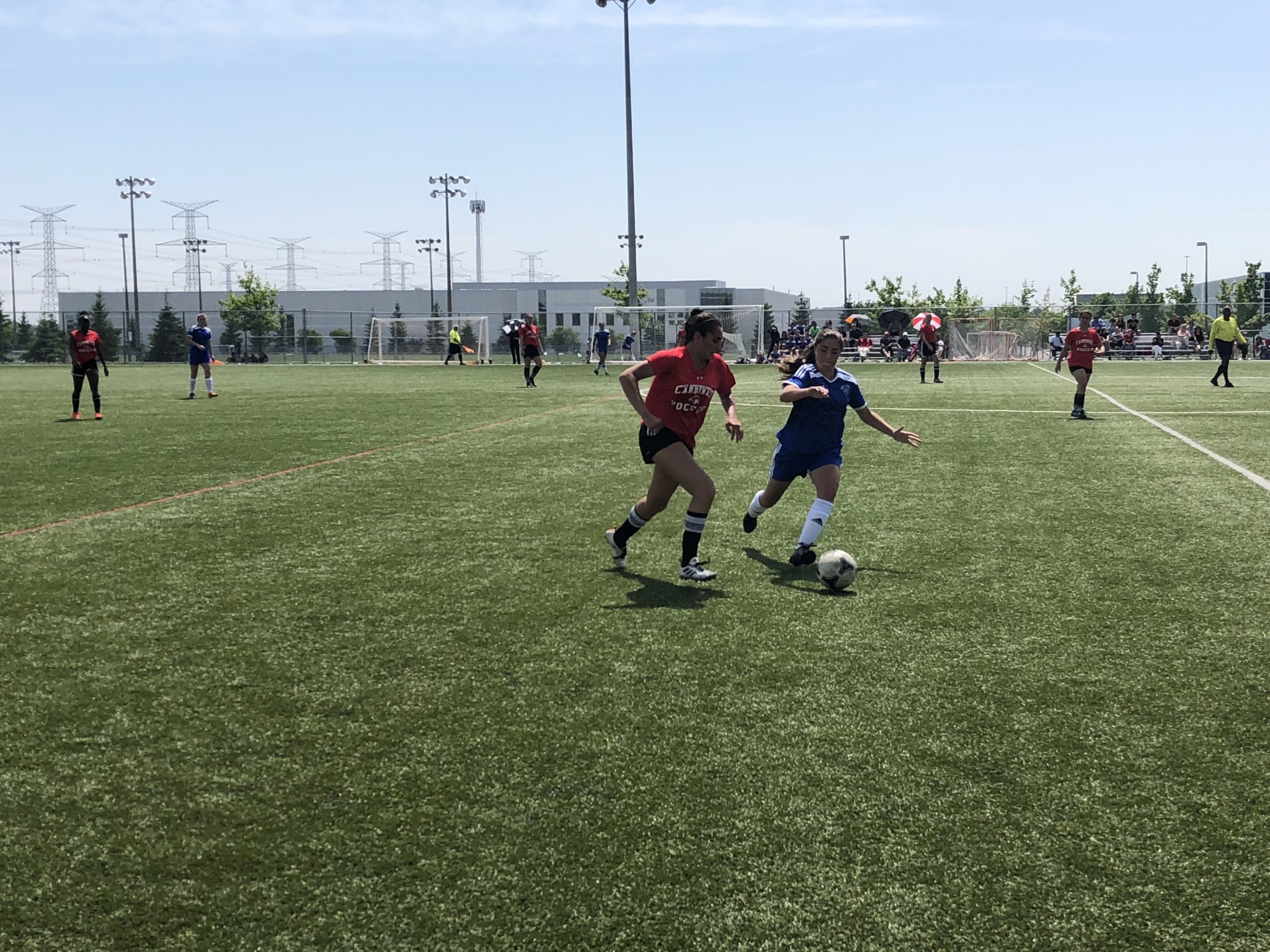 They were so close, it can be agonizing. But there’s no denying it, the St. Brother Andre Cardinals senior girls soccer team is a quality side.

For the third straight year, the Cardinals reached the York Region Athletic Association Tier One finals, doing so after running the table in regular-season play.

“Basically everyone on our team played rep soccer, so we have a really good selection of players,” said St. Brother Andre’s Jade Vyfhuis. “I think our team is very good on the ball and are just as good as club teams. We could play as a club team if we wanted to. We’ve got that kind of quality.”

The north division team was the only Markham side among a dozen York Region schools in the top tier, facing squads predominantly from Aurora and Newmarket. But, no matter where the Cardinals went during the season, they came out on top.

Once they reached the finals, though, another undefeated side, the Emily Carr Thunderbirds, were waiting.

The two squads met on one of the hottest days of the spring, with the heat radiating off of the turf field at Concord. That quashed some of the extra energy needed for some of the long runs on either side.

Although the Cardinals had most of the possession in the first half, they couldn’t put the ball in the net. And that was a common theme on championship day. The game would remain scoreless through the full 70 minutes, leading to a pair of overtime periods, bringing the contest up to the usual 90 minutes that the girls typically play in rep soccer. From there, it was a balancing act between feeling the adrenaline of playing in a final and dealing with the unseasonable heat.

“I think (being in such a big game) just pushes you to want to work harder,” Vyfhuis said. “It was super-hot, so that does drain your energy a little bit and you really have to preserve your energy.”

Neither side could score in extra time, forcing the game to penalty kicks. St. Brother Andre started off on the wrong foot, missing its opening attempt. A couple of their rising stars, Melissa Lamanna and Zaycee Harris Wright, blasted high shots that found the back of the net.

But Emily Carr would not miss, and after the Vaughan school struck on its fourth-straight kick, they advanced to the provincial championship, sending St. Brother Andre to another agonizing defeat.

“It’s tough to swallow right now,” said Colangelo, who has been a part of all three near-misses. “They’re an amazing group. Full value to Emily Carr. It’s not like we were robbed of a victory. They played well and they had a great season, too. They were undefeated as well.”

Photo: St. Brother Andre’s Alessia Desantis looks to move the ball up the field as she’s pressured by an Emily Carr midfielder during the Tier One final. Stephen Sweet photo