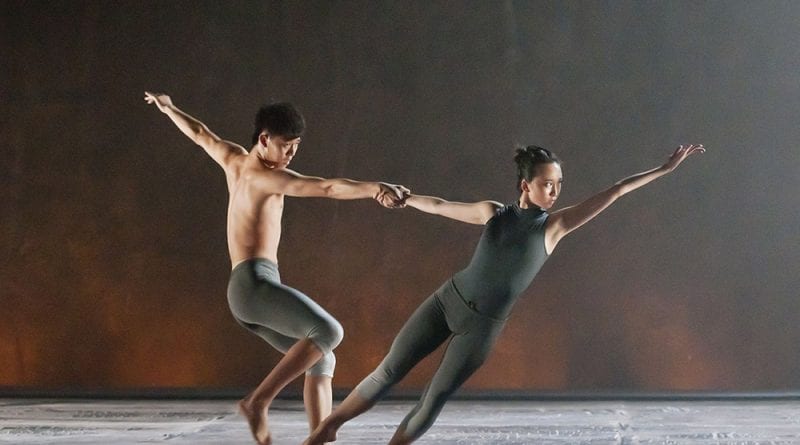 Travelling 10,000 kilometres to Markham, the Beijing Dance Theater (BDT), one of China’s most distinguished dance companies, makes its local debut at the Flato Centre on Feb. 6.

Their performances have been lauded by the likes of the Washington Post (“An invigorating experience … sheer visual beauty”) and Chicago Tribune (“ingenious choreography”).

In the past few years, the troupe has performed in some thirty cities in countries as Germany, Iceland, France, Spain, Denmark, Sweden, Serbia, Italy, the Netherlands, Mexico, Columbia and Ecuador. They’ve also partnered with various renowned composers and visual artists to bring contemporary Chinese stage art to an international audience.

BDT has a repertoire of ten different works, including: Prism, a triple-bill featuring work by choreographers from Sweden, Denmark, and Canada; The Color of Love, a sensual exploration of the emotional landscape of women in their 20s, 30s and 40s; Harvest, a collection of Wang Yuanyuan’s short dance pieces; Martlet, which depicts life in Beijing; Middle, a collaboration with French choreographer Anthony Egea that integrates the movements of ballet, hip hop, and Tai Chi; and Golden Lotus, commissioned by the Hong Kong Arts Festival in 2011.

Wang Yuanyuan, born and raised in Beijing, founded the group in 2008 and has been touted as one of China’s leading modern dance choreographers. Her work draws from Chinese tradition, blended with modern innovation.

She taught at Beijing Dance Academy and would later be named resident choreographer of the National Ballet of China. Now with a global reputation, she has acted as guest choreographer at New York City Ballet Choreography Institute, Hong Kong Academy for Performing Arts, Royal Danish Ballet and Shanghai Ballet.