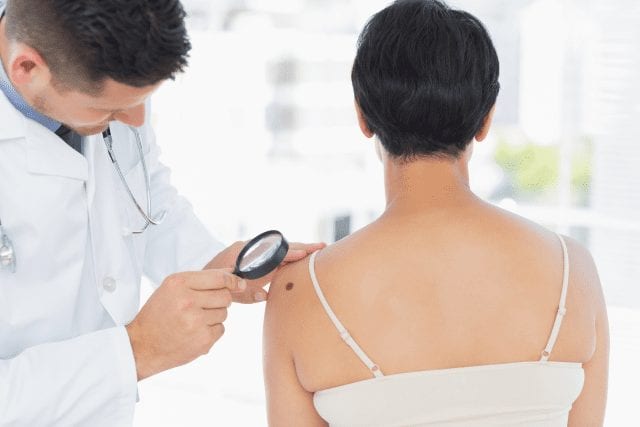 Summertime wouldn’t be the same without bright, sunny skies, but between the sand, surf and sweltering temperatures, it’s easy to forget another important ‘s’–skin cancer.

May 4 is Melanoma Monday, a day to dispel the myths about skin cancer and promote public understanding about the commonly overlooked condition. The Canadian Dermatology Association started the awareness initiative in 2012 and now marks the health promotion day on the first Monday of May every year.

Even though it’s called Melanoma Monday, the awareness day stretches beyond that specific form of skin cancer. Many dermatologists use the observance to address the disconnect between public perceptions of skin cancer and the actual facts about the insidious disease.

“Skin cancer is an epidemic,” said Dr. Charles Lynde, dermatologist and owner of the Lynde Institute for Dermatology.

“Regular skin cancers, squamous cell and basal cell carcinomas, are increasing in number and unfortunately so is melanoma.”

Within Lynde’s two Markham clinics, the numbers are staggering. His dermatologists see four to five new melanoma cases each week – that’s over and above the 20 to 30 new incidents of skin cancer they see each day. Of the approximately 1,000 patients the clinics see every week, several hundred come in with pre-cancerous spots or actinic keratosis.

Some skin cancers are treatable, curable even, if caught early and dealt with properly. Lynde said basal or squamous cell carcinomas, for the most part, have a low mortality rate – but can cause a lot of disfigurement.

But of the three types of skin cancer, melanoma gets the most attention – and rightfully so.

“It’s melanoma that can metastasize and kill people,” said Lynde.

“People often don’t have the idea that this little small pinpoint thing in their skin is something that can metastasize to their brain, their lungs and kill them,” he said.

Though skin cancer itself is cause for concern, Lynde said the public’s misconceptions about the disease are almost as troubling. Lynde sees people all the time who make excuses, don’t think they’re at risk, don’t take preventative measures or don’t realize the signs of skin cancer until it’s too late.

“People think ‘Oh, skin cancer is never going to happen to me… I never really burn. It’s only those people that are red heads or blondes that get it,’” he said.

And while Lynde admits fair skinned people are at higher risk, he’s seen skin cancer in people of all complexions. He’s quick to point out Jamaican reggae superstar Bob Marley died of malignant melanoma at the age of 36.

Where skin cancer is concerned, prevention is the best medicine. Lynde said staying out of the sun between 11 am and 2 pm when the sun is high in the sky, and covering up exposed skin is a good place to start, but warns sunscreen can give people a false sense of security.

“It protects you somewhat, but you still have a risk. Sunscreen should be an adjunct to staying away from the sun,” he said.

And of course, keeping an eye out for irregular moles and monitoring existing ones can help catch potential cancer spots before they become a serious problem.

“You may have 20 or 30 moles on your body, but the one that is the melanoma is the ugly duckling. It’s different, it’s usually enlarging, it’s darker, it’s got two or three colours in it,” said Lynde.

“The ink is there for everyone to see. It’s just something you have to notice on your body.”

The ABCDE’s of Skin Cancer

Be on the lookout for moles with the following characteristics

Asymmetry – Do both sides of the mole match?

Border – Are the edges uneven?

Colour – Is the mole very dark? Does it have more than one colour in it?

Diameter – Is the mole large or growing?

Evolution – Is the mole changing over time?