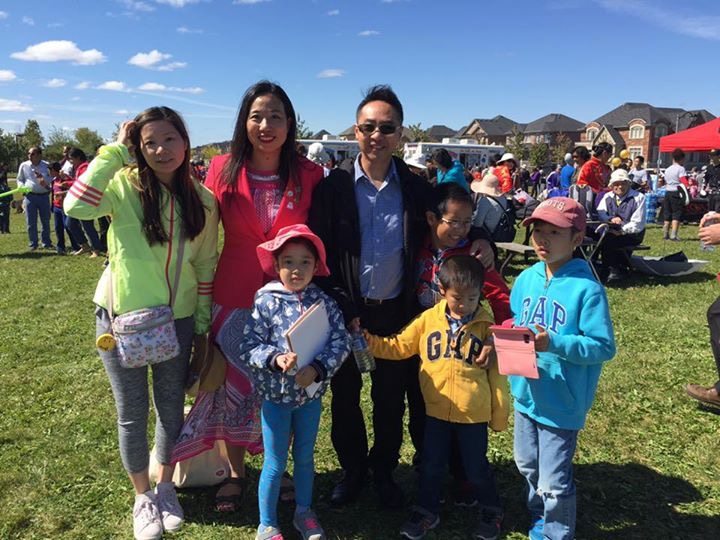 Attendees were also treated to an array of diverse cultural performances from the Chinese and South Asian communities. Collucci was joined on stage by Regional Councillor, Nirmala Armstrong and Deputy Mayor Jack Heath who came out to show their support for their municipal counterpart.

Collucci was recently nominated by members of the provincial liberal party as their representative in the upcoming general election. She had originally planned to hold a BBQ during the popular Summer season but was forced to reschedule to a time in September and did so with a theme that suited.

“Thank you for the great support from our community. We definitely (had) fun this afternoon. Thank you Regional Councillor Nirmala Armstrong and Deputy Mayor Jack Heath for stopping by. Many diverse performances, thousands of fun food were given out, great performances and bouncy castles brought lots of fun to residents in my Markham Ward 6,” said Collucci in a Facebook post following the event.

(Pictured: Ward 6 Councillor, Amanda Collucci with attendees at her Back to School Community Fun Fair Sep. 9)