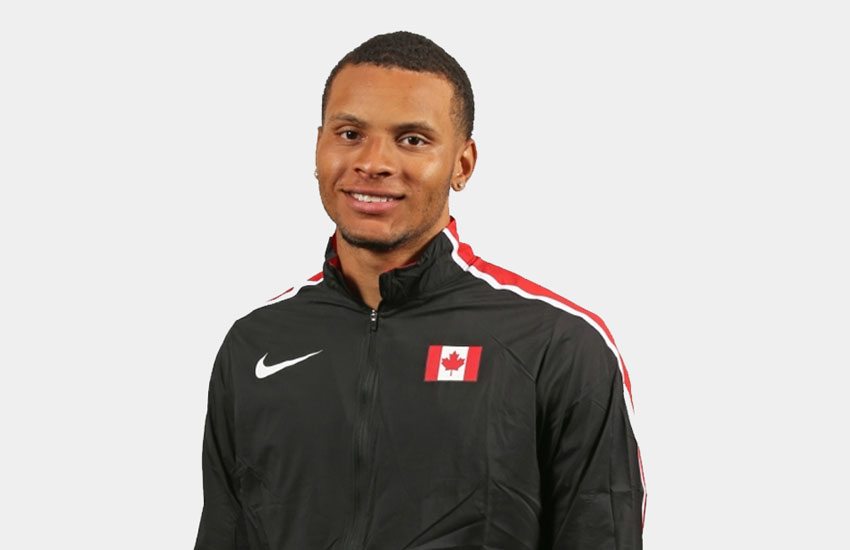 Markham athlete Andre De Grasse is among the group of 46 recently announced by Athletics Canada to compete in the 2018 Commonwealth Games, taking place in Gold Coast, Australia, from April 4-15. The team, comprised of 20 women and 26 men, will be focused on contributing to the overall Canadian medal count and bettering its total of 17 podium finishes (five gold, two silver and 10 bronze) from the 2014 Commonwealth Games.

“Athletics Canada has put together a strong and talented team that features a number of Commonwealth Games veterans and athletes who have taken great strides in our NextGen Program,” said head coach Glenroy Gilbert. “We are going to the Gold Coast to compete and to compete well. It’s an early start to the season for Canadian athletes, but we are going down there to do a job and that’s to perform.”

The Canadian contingent heading to Gold Coast features 17 veteran track and field athletes and 29 first-time Commonwealth Games participants. Of the 17 athletes who competed in Glasgow in 2014, 10 stood on the podium, including decathlete Damian Warner (gold) and wheelchair racer Diane Roy (silver T54 1500-metres) who hope to repeat or better their success in 2018 alongside their Canadian teammates.

“It’s always an honour to be selected to compete for Canada. I had a great time at the 2014 Commonwealth Games and look forward to defending my decathlon title in the Gold Coast this April,” said Damian Warner, 2014 gold medallist in the decathlon. “The 2018 Commonwealth Games present a great competitive opportunity for our veteran and less-experienced teammates. The last Commonwealth Games played a big role in helping me acquire the skills and experience needed to be on the podium in Rio. Athletes don’t get many opportunities to compete in a multi-sport games, so the chance to live in a village, compete in a big stadium and go up against top international competition is invaluable.”

“As an athlete, there’s something different and special about the Commonwealth Games. It has a very inclusive spirit as the para-athletes share training facilities, compete in the same stadium and live in the village with all of the other athletes and teams from the Commonwealth,” said Diane Roy, three-time Commonwealth Games medallist. “Our medals are part of the overall medal count and I take a lot of pride in that. I enjoyed competing at the 2006 Commonwealth Games in Melbourne and look forward to returning to Australia to represent Canada this spring.”

“We are thrilled to see so many returning athletes from the 2014 Commonwealth Games in Glasgow, including 10 who were on the podium,” said Canada’s Chef de Mission Claire Carver-Dias. “The athletics team will be a leader for our 2018 Canadian team in the Gold Coast, both in size and in experience, and I look forward to supporting each athlete named today in their quest for the podium.”

The Commonwealth Games serve as a vital component of an athlete’s development. Nine athletes, in addition to the men’s 4 x 100-metre relay team, placed in the Top 8 at the 2017 IAAF World Championships, therefore, Canadians and track and field fans around the world can expect to see a number of breakout performances in Gold Coast that will lead to positive results in Tokyo at the Olympic/Paralympic Games in 2020.

“The Commonwealth Games have always been a foundation, a stepping stone, to the World Championships and Olympic/Paralympic Games. They bring together a great group of athletes, you run into very talented people at the Commonwealth Games,” said Gilbert. “Though friendly in nature, competition is competition, people are going down there to win medals. However, the Commonwealth Games also give us an opportunity to expose some of our younger athletes to an international competition, to look at our relay team and at a different formation of that team. It presents an opportunity to learn and to compete at a high level.”

Athletics competition will be held at Carrara Stadium, except for race walk (Currumbin Beachfront) and the men’s and women’s marathon (Southport Broadwater Parklands).

The list of Canadian track and field athletes nominated to the 2018 Commonwealth Games team includes:

Please note all nominations are subject to the approval of Commonwealth Games Canada and pending any successful appeals during the seven-day period following the unofficial team announcement.