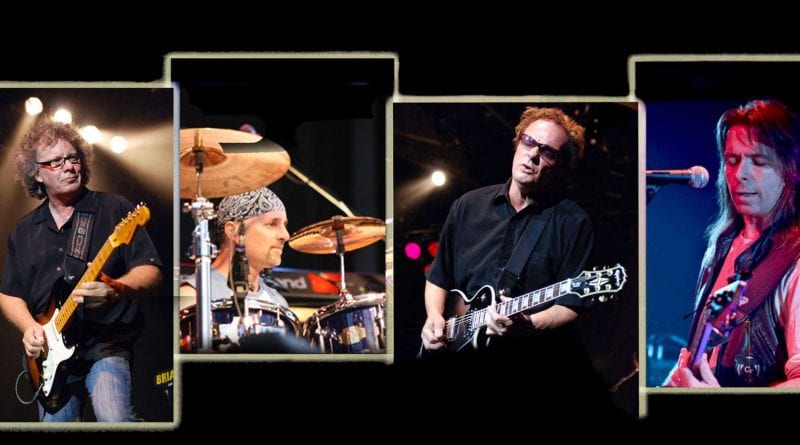 Originally based in Halifax, Nova Scotia, April Wine formed in 1969. The band enjoyed international success in the 1970s and 1980s, releasing more than 20 albums since 1971.

They built their reputation on a live show full of energy and a willingness to play any market that would have them.

This led to two things; a more intimate connection with their audience and a touring schedule so rigorous that it nearly ended the band forever in 1985.

“We’re sort of perennial,” explained Brian Greenway, who’s played guitar with the band since 1977. “ The band pioneered touring across Canada and proved that money could be made. The country was hungry for live music and we were always going out.”

April Wine plays Flato Markham Theatre this November 6 in a show rescheduled due to the COVID-19 pandemic.

Since their reformation in the 1990s they have risen to iconic status though continuing the tradition of touring that built the band but also by celebrating the whole history of music they created.

Hits like Roller, I Like to Rock, You Could Have Been a Lady and others spread across many albums that rose to gold and platinum status are certainly why the band is so well loved. But they’re probably best known for the international top 40 hit Just Between You And Me, an iconic power ballad that made them the very first Canadian band on MTV.

April Wine went on to release over 20 albums and have received a combined total of 11 Juno Award nominations in the Group of the Year, Album of the Year, and Best Selling Single categories. Despite all this success, it seems that it was sometimes hard to see the forest for the trees.

“Back when we were younger we thought we were invincible and had all the time in the world,” Greenway said. “Now that we can see the end coming around the corner, I know I’m much more at peace with it and I find I want to practice and play more and more.”

This attitude and approach shows too. The band has received almost universal rave reviews of their concerts in the past decades.