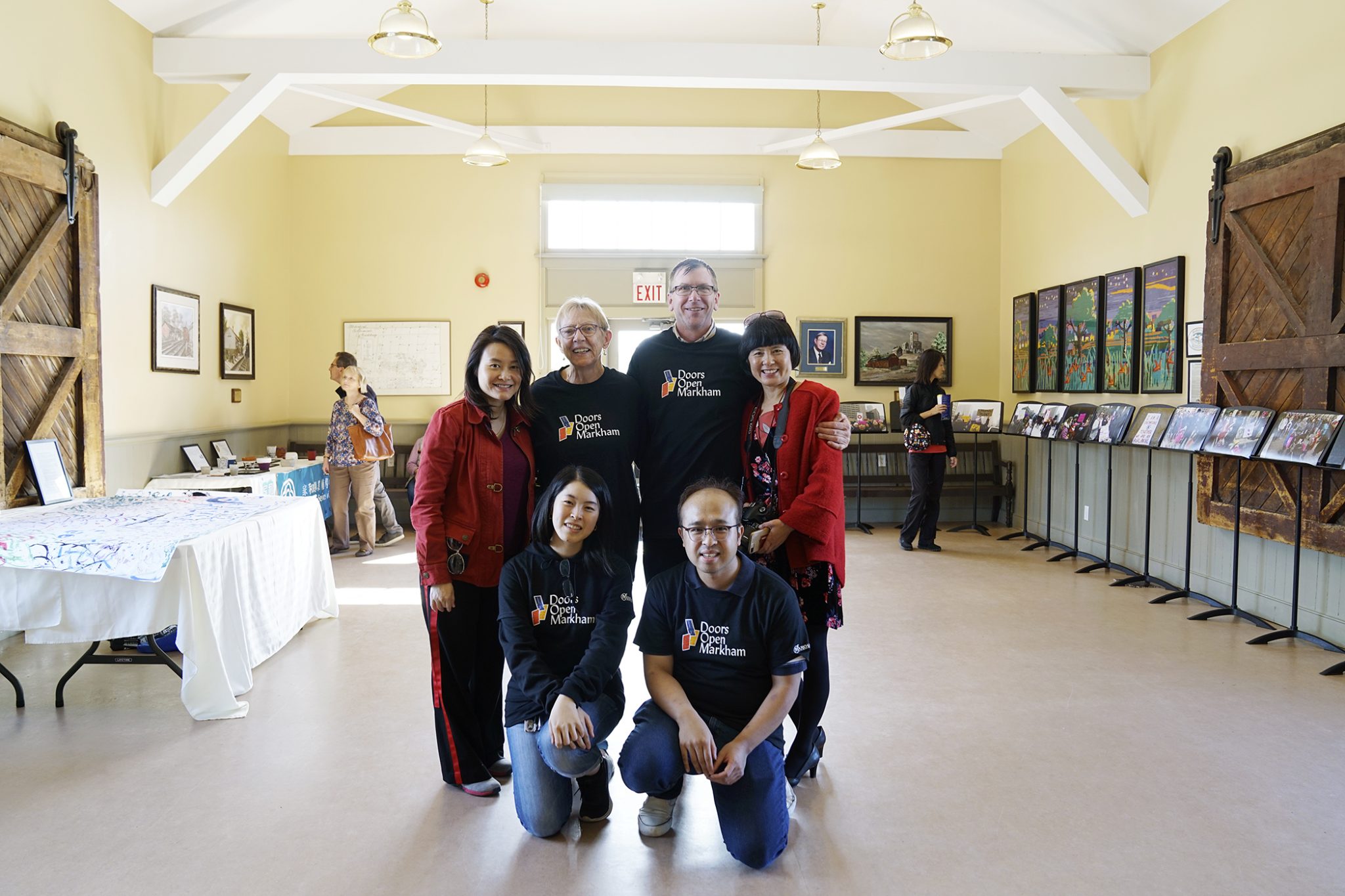 On Sept 22, Markham celebrated another year of Doors Open. Nineteen sites participated. The programming at each site built on the theme, Towards a Fair and Just Society. Comments from some of the volunteers follow.

“People really heard about Wayne’s Cup,” said a Doors Open volunteer. ” It was a happening place. You could walk from the hub of sites around the fire hall to Rouge River Brewery. There was a kind of community there.”

“It was so much fun at the St. Maurice and St. Verena Coptic Church,” said Yat Chi Ling, who serves on the Doors Open sites sub-committee. “People of all ages were there enjoying the food.”

Marlene Jenett, volunteers chair remarked how the public was really impressed with the intricate paintings at St. Dimitriji Macedonian Church.

“In one instance, I introduced the event to a mother who was bringing her child for an art lesson,” said Michael Cheng, promotions chair, who oversaw the Aaniin Community Centre. “The mother called the parents of her daughter’s friends and they decided to go and explore some of the other sites. At the end of the day, that’s what it’s about – bringing the community together to learn more about the city.”

“A lot of people had fun and the weather was great, especially for a day at the golf course,” noted Cheng’s sister, Lisa, who volunteered at the Angus Glen Golf Club. “Adults enjoyed touring the clubhouse while kids were going crazy over the putting challenge.”

“Everything went well,” he said. “It was a well-run event and people enjoyed going to places that they might not have known about.”

All in all, the day was a resounding success.