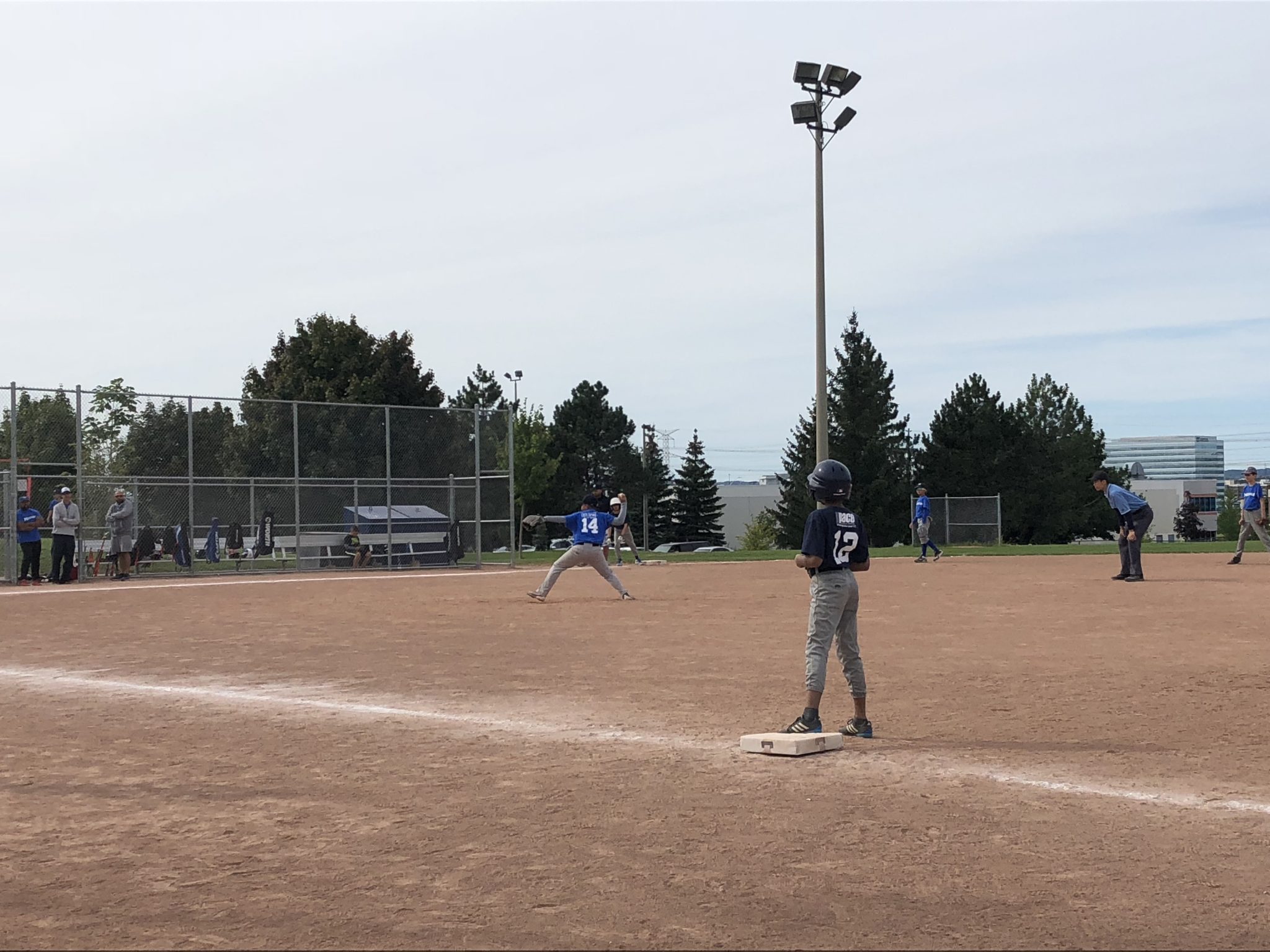 As the leaves change colour and the weather gets cooler, bats and gloves are put away for the winter.

For Markham baseball, it comes about following another successful season for the Mariners rep and select program, as well as their many house league divisions. The latter was the final one to wrap up its year, doing so with its popular championship weekend in mid-September.

“People love it and we get a lot of positive feedback about it,” said Markham baseball president Bernie Wong. “It’s a great opportunity for everyone to come out to one place and be a part of something important. It’s nice to see our teams get exposed to the other levels of play. We always have our rookie diamonds close to our mosquito ones, so the (rookie) parents get to see the mosquito games nearby. It’s a good chance for them to see what the next level is like.”

“They also get to play at some of our nicest diamonds,” he added. “Milliken Mills is a great facility. It’s got a park, a water park, fenced-in fields, lights at each diamond and, for the kids, getting a chance to play under the lights, some for the first time, was a great experience for them. It’s a great way to cap off the season.”

It was the ideal finish for a positive campaign at every level in Markham.

“As a whole, we’ve had a really great season,” Wong said. “We’ve had a lot of new players, as we do every year, joining the organization at every level. We’ve had good numbers, beginning in our younger ages with rally cap and T-ball, and we continue to see people move up through mosquito and peewee.”

There were a few changes at various levels of house league this year to improve the experience, such as limiting the number of pitches seen at rookie ball from five to four and cutting the mercy limit in the bantam/midget division from nine to five. Both of those modifications resulted in going deeper into games than was possible a year ago.

“For things like the number of strikes and revising our mercy rules, I think the biggest thing with that was to just keep the pace going,” Wong said. “One of the biggest challenges at the house league level is to get through the lineup, get people back in the field more and get more innings in. Some of our biggest challenges in house league were that some coaches were complaining that they were only getting three innings in because of some of the challenges of getting through the lineup. So, we tried to address pace of play and speed of play to move things along.”

On the rep and select side of things, the Mariners saw plenty of victories this season, including an Ontario Baseball Association (OBA) championship for one of its youngest squads.

“We’ve had an awesome season on the competitive side as well, with a number of our teams qualifying from YSBA (York Simcoe Baseball Association) championships to the OBA’s,” Wong said. “Our minor rookie double-A team won the provincial championships, while our bantam select team made it to the finals and lost by one run in a close game. Overall, it’s been a huge success. Our numbers are healthy and we’re happy with the progress and participation from everyone.”

The number of players continues to grow, so much so that next year will wind up seeing multiple Markham teams in the same loop.

“I think we’re seeing the after-effect of what we call the ‘Blue Jays effect,’” Wong said. “A few years ago, when the Jays were doing well, we had an influx of registrants and a lot of people started playing baseball. They liked it and stuck with it. We’ve had to adjust a little on the fly as to how we did our rep and select programs. Traditionally, we’ve only had enough talent to support one rookie select team or one mosquito select team. Last year, we had two mosquito select teams. Next year, we’re going to have multiple teams even in the same rep division. Even at, say, the midget-A level, we’re planning on having two teams.”

Wong hopes that these different opportunities will give more players a chance to reach their full potential.

“It’s always about trying to balance between a good, healthy competitive level where players are developing in that environment. We want to make sure that all of those players have an opportunity to succeed,” he said.

As is the case each year, there will be some off-season programs available for Markham’s players.

“I think, for the most part, we’re trying to add a bit more into our winter programming wherever we can,” Wong said. “We have a partnership with Fielder’s Choice Baseball and they run an excellent winter program for us, one that’s popular for a lot of people. One thing we discussed for this year is doing more work with pitching, especially at the mosquito and even a bit at the peewee levels. We’re looking into doing more clinics for that in the winter and early spring to help players get used to more pitching as the season gets closer.”

Visit markhambaseball.com to sign up for the 2019 season (with registration opening in November) or for more information on the programs.