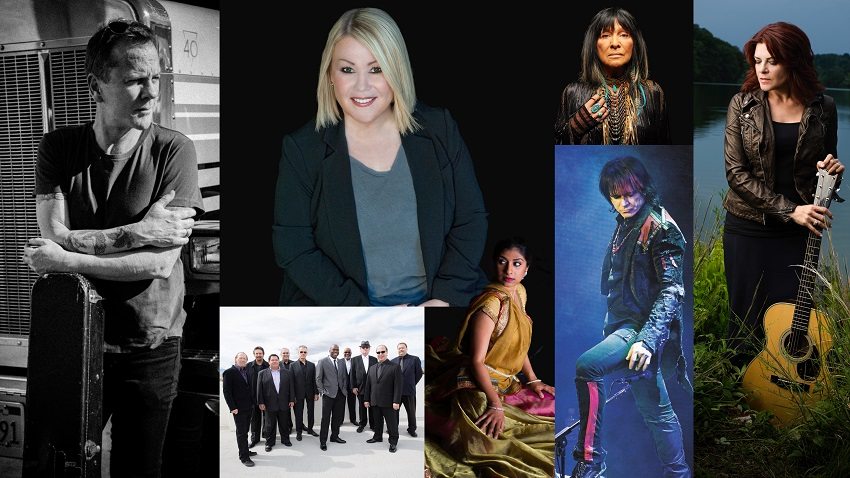 For decades now, The Flato Markham Theatre has brought diverse, world-class entertainment to Markham and next year will be no different. The 17/18 Diamond Series season promises a year’s worth of performances, both cutting edge and classic in a wide array of genres, emotions and experiences.

“This season is a reflection of the most breathtaking artists from Canada, alongside masterpieces from Russia, China, Ireland, India, Pakistan, Argentina, Iran, France, Greece, Great Britain, Latvia, and the United States,” said Theatre Manager Eric Lariviere.

Stalwart Canadian performers take centre stage this season in honour of Canada’s 150th birthday.  Singer, actress and author Jann Arden, legendary rocker and Styx front man Gowan, Canadian treasure Buffy Sainte-Marie, as well as Mediterranean music master Pavlo will all be featured in concert. The All that Jazz! series also focuses on Canada this season with Sophie Milman, Nikki Yanofsky and a unique evening of synergy with Rob Tardik and Dave Koz.

Another Canadian hitting the Markham stage this season is Kiefer Sutherland, performing at the annual Discovery Gala. Best known as a television and film actor, Sutherland has been making country music and touring the world with his band.

A new series this year, Fabulous Footwork Festival, will bring some of the most innovative dance troupes in Canada. Compagnie Marie Chouinard, and a collaboration between Motus O Dance Theatre and Marina Nemat, will stage her best-selling autobiography, Prisoner of Tehran .

The World Stage series has a special South Asian focus this season with Passage to Bollywood, Nrityagram Dance Ensemble, as well as Indian-born actress, author and activist Dipti Mehta in her award-winning, one-woman show Honour: Confessions of Mumbai Courtesan.

“I’m very excited to come and play in Markham,” explained Mehta, in town last month for this season’s launch event. “I get inspired from my environment and people around me. I believe that art is not distinct from life. They are inseparable.”

The season will also feature some of the most sought after touring performances in the world. Masters of Illusion, Che Malambo, Carl Palmer of Emerson Lake and Palmer, The Tower of Power, Roseanne Cash and jazz legend Branford Marsalis are all part of the line-up.

Families and kids of all ages will not be disappointed with The Underwater Bubble Show as bubbles take centre stage and are elevated to a rare art form.

“This year we are celebrating the 150th anniversary of the Canadian confederation with artists from coast to coast,” added Lariviere. “We continue to offer artistic excellence and accessible arts and entertainment through diverse and varied programs.”

With more than 45 shows, featuring world-class performers from around the globe, it would be hard to disagree.