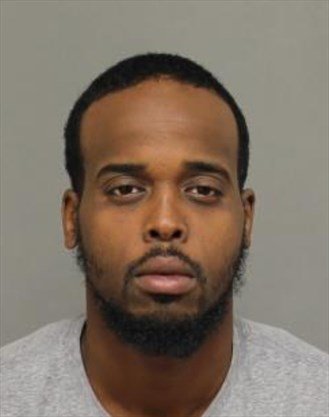 A fourth suspect has been arrested in the March 23 armed kidnapping of Chinese student Wanzehn Lu in Markham and another is still outstanding.

Kyle Main, 31, of Keswick was arrested July 9 and faces a long list of charges, including kidnapping, forcible confinement, assault with a weapon, assault, possession of weapon, possession of a prohibited weapon, two counts of breach of probation order and failure to comply a recognizance, York Regional Police (YRP) report. He’s being held in custody following a bail hearing and will appear in court again on July 18.

A Canada-wide arrest warrant remains in effect for 28-year-old Muzamil Addow of Toronto. He’s wanted on numerous charges, including kidnapping, forcible confinement and assault with a weapon. YRP urge him to seek legal counsel and turn himself in.

Abdullahi Adan, 37, turned himself into police on April 1 and Hashim Abdullahi, 33, was arrested the following day. Both are being held in custody and both are scheduled to appear in court on July 25. Nathan Plater, 22, of Clearview was arrested on April 25 and charged with kidnapping, forcible confinement and possession of a prohibited firearm.

On March 23, the victim and a friend were in an underground parking garage at a condominium building on Water Walk Drive. Three men, one armed with a taser, exited a van and grabbed the victim. Lu was resisting and shocked by the suspects, who then forced him into the van and fled. Three days later, he was located after asking for help at a house in Gravenhurst. He was suffering from minor injuries and taken to hospital for treatment.

Anyone with information about the outstanding suspect should contact Major Crimes Bureau immediately at 1-866-876-5423, ext. 7865. Anyone who observes the suspect advised to call 9-1-1 immediately and is warned to not approach him. To provide information anonymously, contact Crime Stoppers at 1-800-222-tips or leave an anonymous tip at www.1800222tips.com.

Photo of Muzamil Addow. A Canada-wide warrant for his arrest remains in effect.