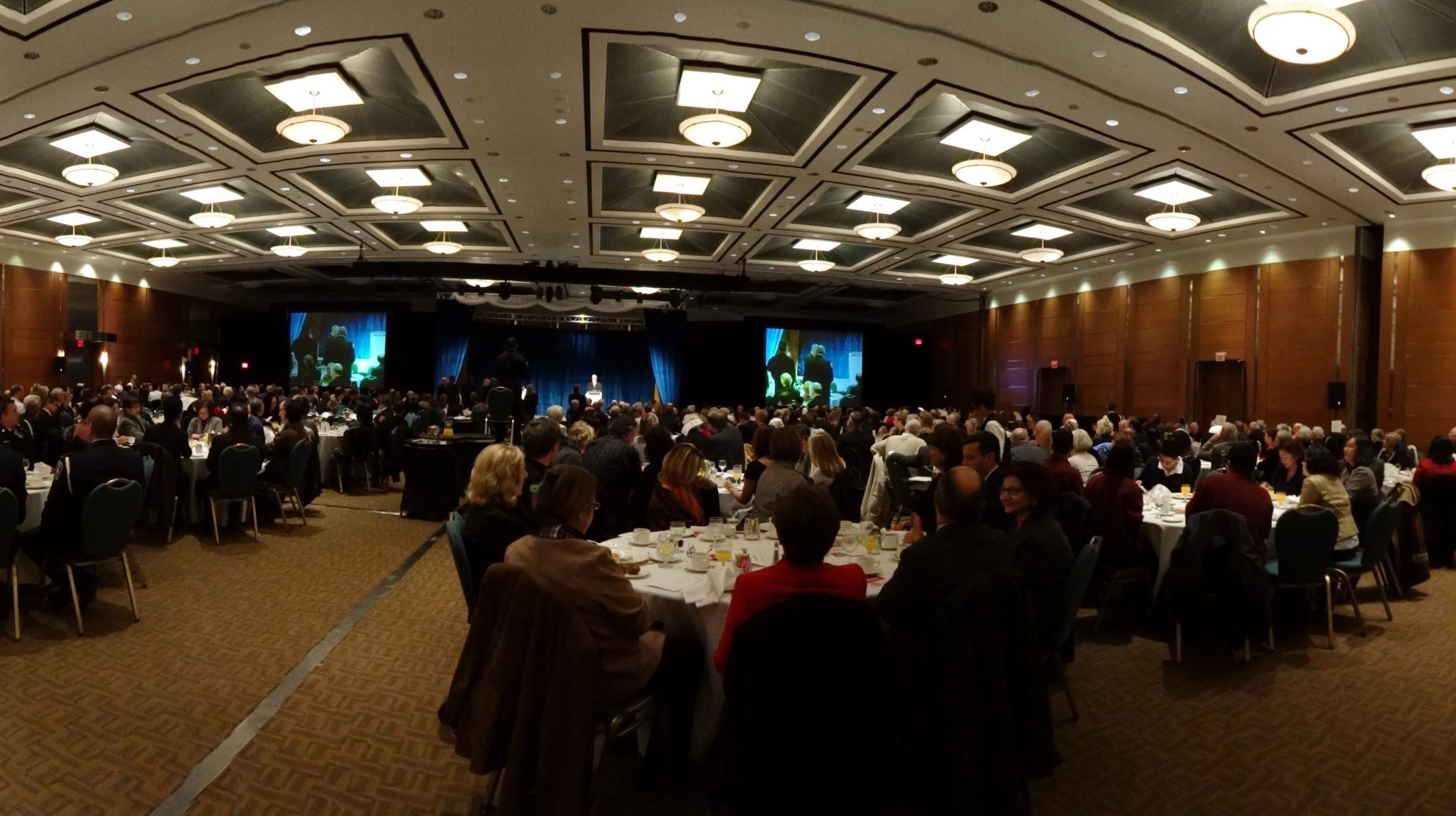 For people of faith, prayer is among the most powerful things one can give. That’s the spirit – no pun intended – behind the Markham Prayer Breakfast, returning in Nov. 30 to the Markham Hilton Suites and Conference Centre.

Now in its 21st year, the annual breakfast brings together a cross-denominational group of as many as a thousand Christians for a very specific purpose, to pray for the community’s leaders.

Chapel Ridge Funeral Home and Cremation Centre owner Eric Tappenden has been on the organizing committee since the start, when then-Markham mayor Don Cousens started the prayer breakfast as a local counterpart to the national and provincial events. While it has grown significantly since then, the core value of the event hasn’t changed, says Tappenden.

“The purpose is just to pray for our leaders,” he said. “It’s not just to pray that day, but to … remind ourselves that through the year we need to do that. I think it’s just a good thing to let leaders know—business leaders, community leaders, political leaders—that the Christian community’s behind them and supporting them in this way.”

The Markham Prayer Breakfast isn’t the product of a specific organization, but rather a committee of volunteers representing virtually every Christian denomination with a presence in the community. The event functions on a cost recovery basis only, which is how organizers can keep prices as low as they are. Tickets are $35. As a result, organizers say the event is unifying for the city’s Christians.

“It involves all of the Coptic, Macedonian and Greek Orthodox churches,” Tappenden said. “All of the Catholic parishes. All of the different flavours of Protestants, so Anglican, Lutheran, United, Presbyterian and, then, all of the evangelicals. The Baptists and the Pentecostals and stuff. It really cuts across the entire spectrum. And it’s the one time of the year that all those groups come together to celebrate what they have in common rather than what makes them distinctive.”

Even non-Christians appreciate the event, Tappenden said, adding he’s never met anyone who is anything other than grateful when someone prays for them.