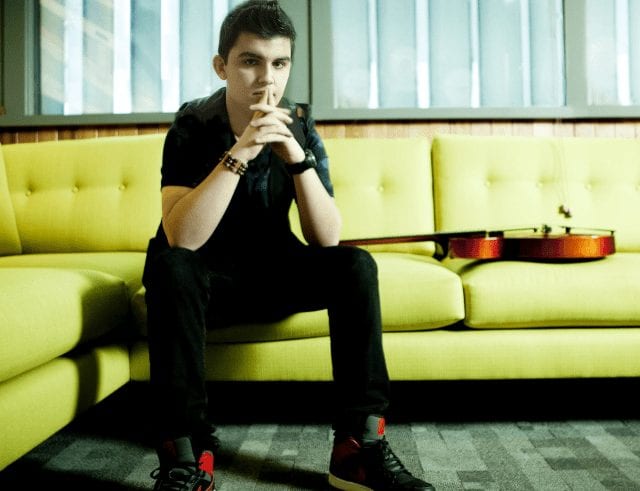 Legendary musical icon Quincy Jones called Andreas Varady “one of the most talented people on this planet, who takes the music back to where it belongs.”

Andreas started his ascent to mastering jazz guitar at a very young age. Born of Hungarian Gypsy descent, Andreas was raised in a small town in Slovakia and first began to play the guitar at four years old, tutored by his father, Bandi. Andreas was taught to learn songs by ear; his first tune the “Blue Bossa” jazz standard, and from then on he has continued to pursue the world of jazz music. Andreas has idolized his guitar hero George Benson, and since his early years has often been compared to the guitar legend.

Andreas began to explore sharing his talent when his family moved to Ireland in 2007. At just nine years old, Andreas would perform for the passerby’s of Limerick and Cork Ireland, busking on the streets. People were drawn to young Varady for his talent at such a young age and his lovable performing persona. As an outgoing and determined youth, Andreas reached out to Irish drummer and producer David Lyttle who agreed to meet with him. After the introduction, Lyttle loved him and began featuring Andreas in his band. Lyttle also produced Andreas’ first album Questions in 2010.

At this time, Andreas began touring and playing shows at various jazz festivals throughout Europe. In 2011, at 13 years old, he became the youngest headlining artist at Ronnie Scott’s Jazz Club in London. Andreas became featured in shows with Martin Taylor, Tommy Emmanuel, and Louis Stewart. He appeared on the front cover of Guitar Player magazine. In the summer of 2012, Andreas had the opportunity to play at the world famous International Montreux Jazz Festival where he performed in front of festival founder Claude Nobs and record producer and music legend Quincy Jones. A few months after the festival, Quincy signed Andreas to his management company.

Most recently, Andreas caught the interest of Bob Zievers, George Benson’s agent, who has signed on to work with the young guitarist. Along with Bob, Andreas simultaneously caught the eye of the famous record producer and music executive David Foster. In the fall of 2013, Foster signed Andreas to his record label, Verve Records, which released his 2014 EP Come Together and his self-titled debut album.