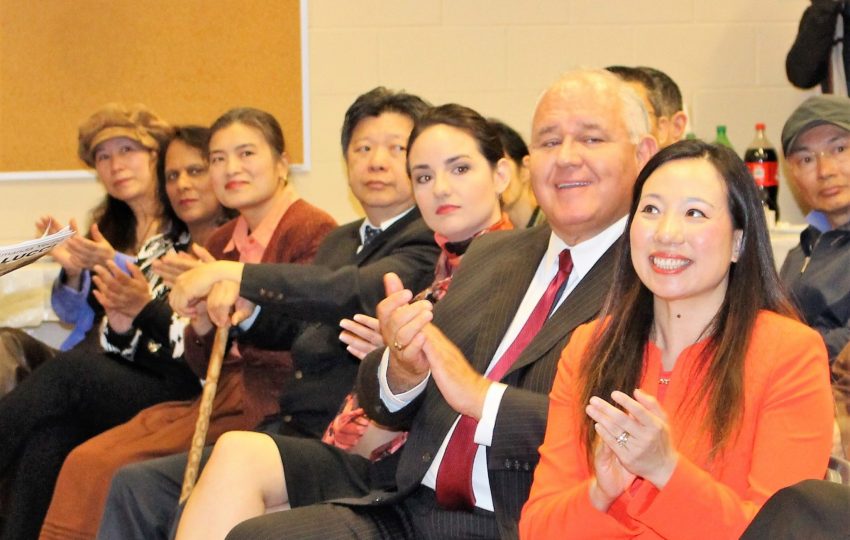 April 25: Amanda Yeung Collucci, Ward 6 Councillor, officially announced her run for the provincial liberal nomination race in the new riding of Markham-Unionville. By her side were Mayor Frank Scarpitti, Regional Councillor Nirmala Armstrong and representatives from diverse community groups.

Several presenters from the local Chinese community took the stage to show their support for Collucci, as did leaders from the local Armenian, Hindu, and Muslim populace. After just three years as a City Councillor, Collucci has earned the respect and support of provincial liberal representatives from across the region.

“Amanda is a hardworking, energetic individual. I look froward to working with her as the next Member of Provincial Parliament for Markham-Unionville,” says Reza Moridi, MPP (Richmond Hill).