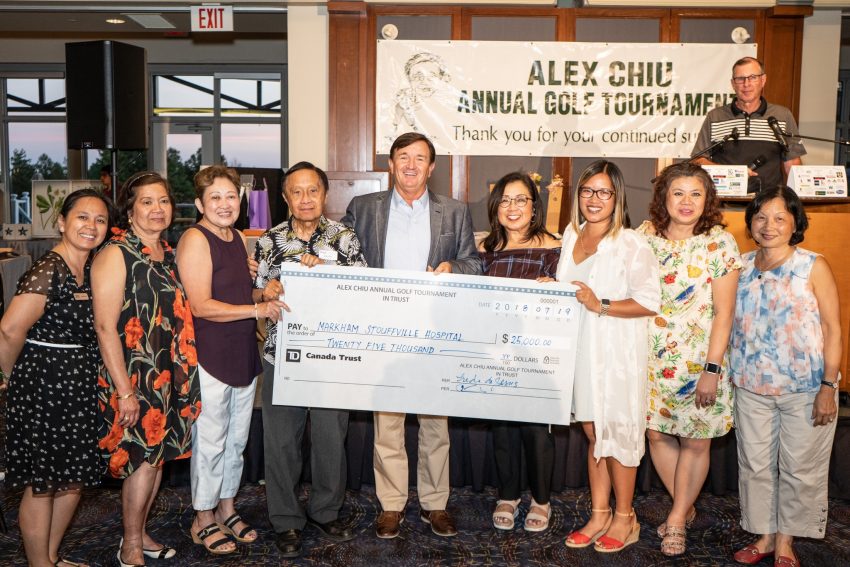 This year marked the 20th anniversary of Alex Chiu’s annual golf tournament and his organizing committee could not have asked for a better day on the links.

Chiu credits the success of each tournament to his loyal committee and support of the sponsors. Through two decades, the event has donated more than $2.2 million to various charities around the Greater Toronto Area and beyond. Funds have gone to each hospital in York Region, donated Sparky’s Apartment (a room for school children to learn about fire safety) at the York Regional Police Community Safety Village, assisted agencies devoted to the settlement of new immigrants, gone toward building the Markham YMCA, helped the United Way, assisted charities for developmentally disabled youth, gone toward a Philippines village of homes Alex had named “Markham” and the list continues to grow.

This year’s recipients are Markham Stouffville Hospital and ALS Double Play, in support of amyotrophic lateral sclerosis research. In 2016, Alex and Alicia Chiu lost their son, Christopher, to ALS after a five-year long battle.

Not only does the tournament depend on Chiu’s committee, the other thing golfers notice is the small army of volunteers. Both young and not so young, all want to give back to the community as much as Chiu does. From registration to the putting contests, friends and family are ready to help with a smile, right down to his niece, who spent her 16th birthday volunteering.