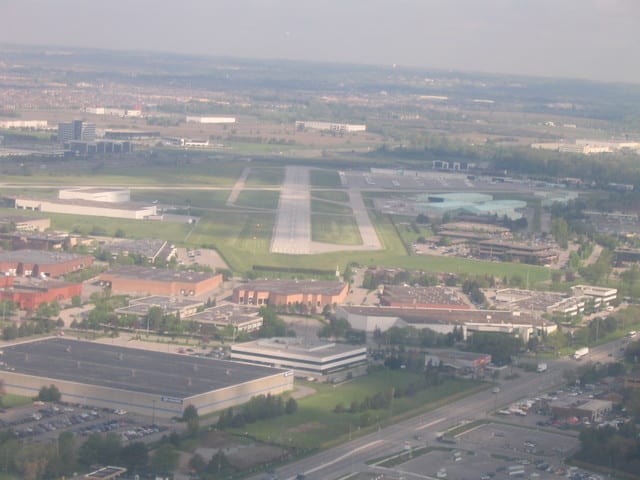 Nav Canada, the not-for-profit civil aviation corporation, has been criticized for the decision by Markham’s mayor and the airport’s general manager, arguing the ATC tower is an important fixture for safety in the airways and on the ground.

“Safety is of the utmost importance and this decision is irresponsible and not in the public’s interest,” said Scarpitti. “I understand there is (sic) criteria that may work in other parts of Canada, which are remote, but this is a densely populated area with a flight path over the congested provincial Highway 404.”

According to Ron Singer, Nav Canada’s national manager of media relations, safety was not only a consideration in the decision-making process, but the top one.

“(Safety) is the most important thing,” he said. “Nav Canada’s mandate really is safety. That’s what we do. We provide safe service for planes flying in the sky and that type of service varies accordingly.”

Nav Canada commissioned an aeronautical study of Buttonville airport, including comparisons to facilities of similar size and traffic. The report concluded that closing the tower would not impact safety. Transport Canada, the federal government agency that gets the final say, concurred with Nav Canada’s assessment.

The government wouldn’t have approved a plan that wasn’t safe, Singer said.

“It is a rigorous process,” he added. “If it posed any increase to the safety risk, it wouldn’t be done.”

Of the 1,000 airports in Canada, only 40 have air traffic control towers. However, critics of the closure note that most of those airports don’t have to contend with proximity to Canada’s largest airport, Toronto Pearson International Airport. Also utilizing Buttonville with regularity are the air services of the Toronto and York Region police services, as well as the Ontario Provincial Police and Ornge medical transport service.

While those are no doubt considerations, they factored into the aeronautical study, Singer said.

“The safety of the flight paths of aircraft currently operating at and around the Buttonville airport were reviewed during the aeronautical study,” he said. “These flight paths are safely used today, even during the hours that the control tower is closed.”

Instrument flight rules aircraft will be monitored offsite at the Toronto Area Control Centre. Though the majority of flights coming into and leaving Buttonville operate under visual flight rules, which already operate without requiring air traffic controllers.

One hitch that wasn’t a part of Nav Canada’s plans for Buttonville is the future of the airport itself.

Cadillac Farview and Armadale, which own the land on which the airport sits, have been spearheading a $29 billion redevelopment of the property that would involve closure of the airport. Earlier this year the airport closure was further delayed to at least spring 2023, an announcement from the developers said.

Scarpitti said the delay could lead to an increase in usage, prompting further safety concerns.

While Singer acknowledged the possibility, he said Nav Canada will reevaluate traffic on an ongoing basis and has the option of increasing service if the airport experiences an uptick.