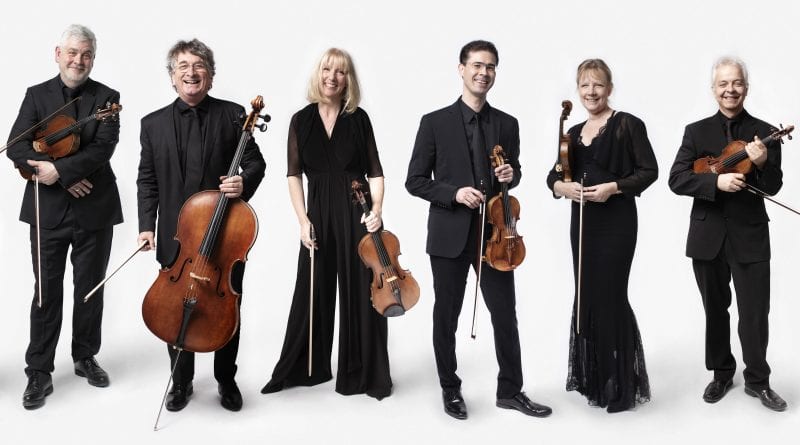 The Academy of St. Martin in the Fields Chamber Ensemble makes an appearance in Markham on Oct. 10, part of a 2019 tour of North America.

The concert and tour mark the Fields’ first Composer-in-Residence, British composer Sally Beamish.  Her new work for string octet will be featured. The Chamber Ensemble was created in 1967 to perform the larger chamber works with players who customarily worked together, instead of the usual string quartet with additional guests.

Drawn from the principal players of the orchestra and led by violinist Tomo Keller, the Chamber Ensemble performs in all shapes and sizes, from string quintets to octets, and in various other configurations featuring winds.

Its touring commitments are extensive and include regular tours of Europe and North America, whilst recording contracts with Philips Classics, Hyperion, and Chandos have led to the release of over thirty CDs.

The Academy is celebrating its 60th anniversary this season and from September 2019 to August 2020 the groups will be sharing stories, anecdotes from its history. Fans are invited to share their stories by email to [email protected] or post them on social media and use the hashtag #ASMF60

The concert takes place on Thursday, Oct. 10 at 8 p.m. at the Flato Markham Theatre.

Photo: The Academy of St. Martin in the Fields Chamber Ensemble takes to the Markham Theatre stage on Oct. 10. Photo courtesy of Benjamin Ealovega.