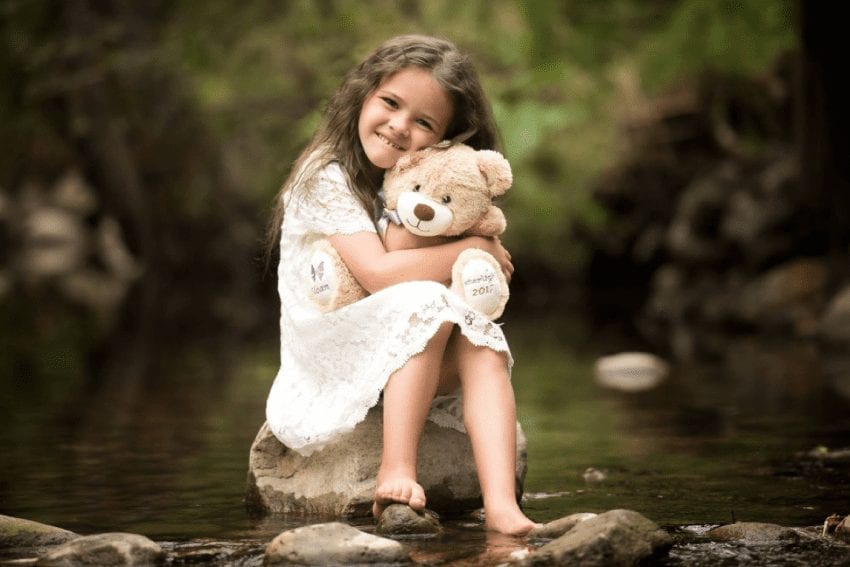 For more than a decade, The Remington Group has proudly partnered with Starlight Children’s Foundation to transform the lives of Canadian children who live with serious illness through Starlight’s annual collectable teddy bear campaign.

Each year, Starlight Children’s Foundation selects a special Canadian child living with a life-threatening illness to design their own teddy bear which is made available for sale across Canada through community partners like Toys R Us and Remington.

This year’s bear designer – 5-year-old Sloan – has been treated for gastrointestinal motility disorder since birth. The illness will affect her large intestine (colon) for her entire life and will require a series of major surgeries that will deeply impact her quality of living. Her 14-year-old sister Abby, who lives with the same illness, has had to endure 15 surgeries, including a stoma, surgically created for antegrade enemas. Despite her condition, Sloan’s cheerful and animated personality has helped her to overcome any challenges in her path.

In designing the bear, Sloan was inspired by her love of everything purple and the comforting feeling of hugging something soft and cozy. The butterfly on the bear’s foot represents the magic Sloan finds within herself to spread her wings and soar above the obstacles she faces every day.

While in the hospital, Starlight Children’s Foundation provides distraction, entertainment and relief from the stress and boredom of hospitalization. When out of the hospital, Starlight children benefit from the ‘Escapes’ and ‘Wishes’ programs – giving them an opportunity to leave the ‘sick’ behind, create special family memories and return home with a renewed sense of strength and hope. What makes Starlight unique is that they are there for the entire journey – from the emergency room to recovery.

Starlight is looking to expand to more hospitals and communities across Canada. The need is tremendous—and it is only with the generous support of donors and partners that they will be able to reach and impact these special children and their families, who so greatly benefit from these programs.

Since their first year of participation, The Remington Group has matched every dollar raised for this incredible cause, contributing more than $250,000. This year, help them reach their ambitious $40,000 goal by purchasing Sloan’s self-titled bear, which will be available until the end of January. To purchase a bear or simply make a donation, please call 905.761.8200 or email [email protected]