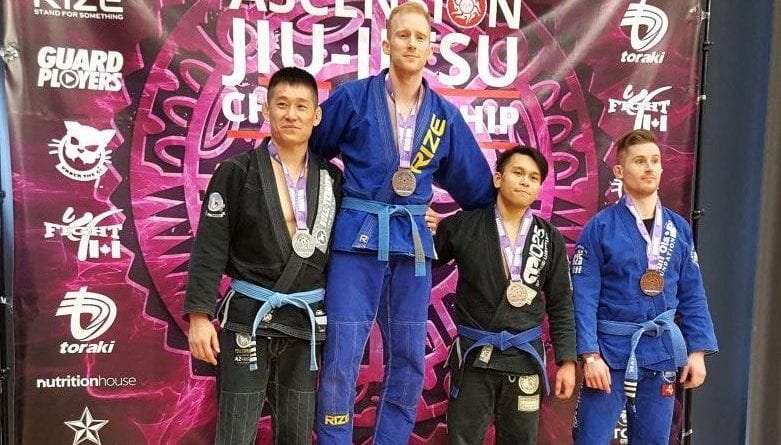 Don’t tap out just yet, Markham. One of Ontario’s largest jiu-jitsu tournaments is coming to town.

More than 700 fighters will descend on Markham’s Pan Am Centre on Feb. 16 and 17 for the 14th annual Ascension Jiu-Jitsu Championship. It’s the second year the long-running event will be hosted in the city after outgrowing its venue in Toronto.

Tournament organizer Omar Salvosa says it’s been exciting to keep up with the tournament’s expansion, which he credits to a rapid uptick of interest in the sport itself. Much of that stems from the commercial success of mixed martial arts (MMA) fighting events like UFC.

“I think (jiu-jitsu) is more accessible now with the popularization of it,” he said. “The turning point was when MMA became more popular to the commercial public. When I started training in 1995, there were tournaments but not quite as frequent. When it became popularized commercially through the Ultimate Fighter television show and UFC started to get momentum in the mainstream, that’s when jiu-jitsu started to take a real prominent place.”

Beyond the skills and techniques used for fighting and self-defense, jiu-jitsu is also touted by practitioners as a way to build character. Though it has similarities to other combat sports, Salvosa describes Brazilian jiu-jitsu as really being about the fundamentals of MMA.

“Jiu-jitsu is one of the prime, essential styles that you’ll find in MMA,” said Salvosa. “Call me biased, but it’s one of the cornerstone arts for MMA. It’s got elements of wrestling and judo for standing up, but it’s primarily fought on the ground…. It’s really a springboard for a lot of MMA athletes, but it’s a sport on its own.”

He and wife, Beverley, also run a training school in Scarborough.

The tournament has a number of levels and classes, starting from five and six-year-olds ranging up to master and senior classes. One hallmark of the tournament’s growth is its ability to accommodate more types of competitors.

“Back in my day, there would be just one older class, it would be tougher for women to have divisions sometimes because there wouldn’t be anyone to compete with, much less someone their weight,” said Salvosa.

While most of the competitors come from schools across the province and beyond, it’s technically an open-registration tournament, meaning anyone can compete in Ascension. At the world championships in Sweden last year, the entire Canadian team was made up of Ascension tournament alumni—speaking to the popularity of the event for the sport’s top players in Canada.

Though it may look violent to an outsider, there’s a camaraderie fostered in the sport.

“What’s nice is that the community is very supportive of each other,” said Salvosa. “Many coaches will really go out of their way to make sure that all competitors, not just their own, are being taken care of. We’ve got great staff at all the events and it’s always a huge win for everybody.”

Photo: Allan Crewe, who trains at Ascension in Scarborough, takes gold in his category at the 2018 Ascension Jiu-Jitsu tournament.