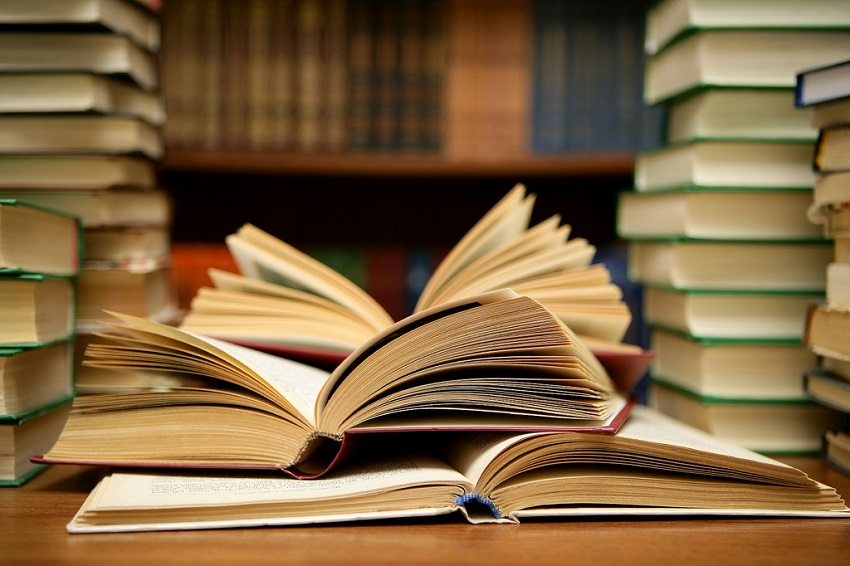 Attention all bookworms: Grab your favourite book and immerse yourself in the story for Book Lovers Day! This annual celebration falls on Aug. 9 and commemorates readers with a passion for books. To celebrate Book Lover’s Day, we compiled a list of some of the most popular books:

Published in 1960, this award-winning novel explores themes of racial inequality and morality, to name a few. The story follows Scout Finch and her life growing up in Alabama, and how the environment she is living not only affects her and her siblings’ values but their way of life. Shortly after Lee’s book was published, she took home the Pulitzer Prize for fiction. Today, To Kill a Mockingbird is acknowledged as a highly-acclaimed novel that has made its way into the hands of readers worldwide.

In the novel The Book Thief, Markus Zusak takes you back in time to January 1939. The story focuses on 10-year-old Liesel Meminger who faces a series of traumatic and unfortunate events before moving in with her foster family in Germany. As she begins living her new life, Liesel discovers a newfound passion for literature. The plot builds as her love for books drives her to go against her town’s values and motivates her to act impulsively. The Book Thief was published in 2005 and has since been awarded titles such as the National Jewish Book Award for Children’s and Young Adult Literature.

The 1967 novel is a coming-of-age story that takes place in Tulsa, Oklahoma. The plot is crafted around rival gangs the Greasers and the Socs and their interchangeable arguments and feuds. Things take a turn for both groups when they’re assumed to be associated with a criminal act. This classic novel has gained S.E. Hinton international recognition and has earned her a spot on the New York Herald Tribune Best Teenage Books List.

The Kite Runner is a dramatic fiction that touches on themes of friendship, social hierarchies and forgiveness. Growing up, Amir and Hassan had an unbreakable bond that they believed to be an everlasting friendship. However, when Hassan is placed in a dangerous situation, their friendship is put to the test. Throughout the novel, readers will explore the emotions of Amir as they follow his journey for redemption. The Kite Runner has launched Khaled Hosseini into the world of fiction and exposed him to millions of readers. This debut novel has even earned him the title of number one New York Times Best Selling novel and continues to be a hit amongst young adults today.

Follow Tom Sawyer on an unforgettable journey as he takes you through his experiences growing up. Tom’s mischief is a defining trait of his character and compels you to continue reading. When Tom and his friend Huckleberry Finn witness a crime, matters get complicated for the two of them. In this novel, you’ll find that Tom’s mischief and curiosity ultimately drive the plot and has made it into one of the most well-known novels around today.

The Catcher in the Rye is called to be a story that quickly connects the reader and the author because of how relatable the plot and characters are. Readers are taken on a journey through teenager Holden Caulfield’s life as he re-lives and re-tells his experiences at an institution a year after a series of events occur. The Catcher in the Rye is a world-renowned novel, recognized for bringing rarely-spoken about topics to the surface, such as anxiety, estrangement and rebellion amongst teenagers. In this fiction piece, readers will feel immersed in the book as they receive insight of Holden’s thoughts and emotions play by play.

Stephen King is a well-acclaimed author of horror fiction. The Shining made its debut in 1977 and has been the face of horror novels for decades. The story follows Jack Torrance and his family as they move into a hotel for his new job as a caretaker. Conflict strikes after the supernatural forces of the hotel start to take effect on Jack’s mental well-being. As Jack’s mental health deteriorates, hotel guests and his family’s lives are put at risk.

So if you haven’t already, pick a couple of these books up, if not all of them, at your local library or book store and start reading. Re-read some old classics or expand your book collection, and celebrate your love of reading with the rest of the world on Book Lovers Day.