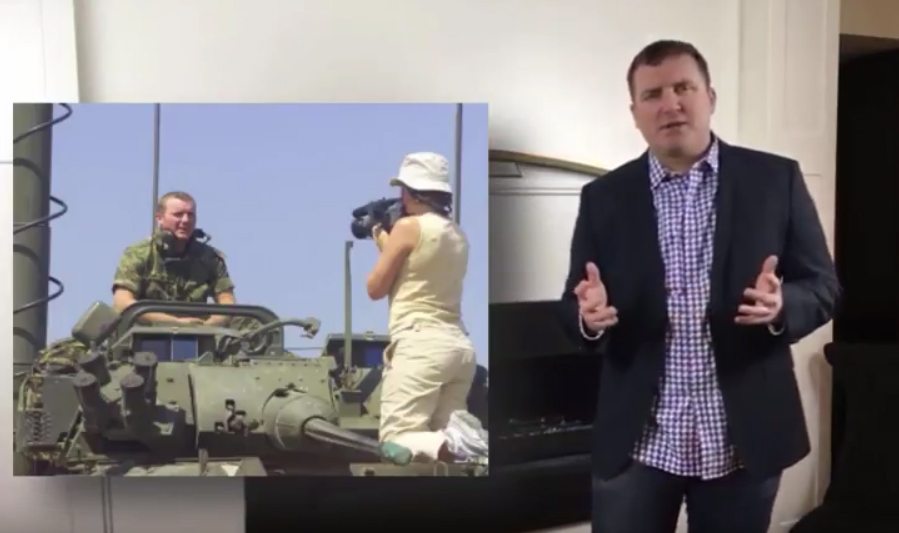 As a member of Canada’s military, he witnessed conflict first hand in the truest sense when he was stationed as a peacekeeper in the war zone of Bosnia-Herzegovina.

Tonight, he will face some conflict of a different nature when he goes up against the denizens of the popular television program Dragons’ Den.

Mitchell, president of Coach4CashFlow.com, seeks investors for his online financial services from the experienced cast of the program. He hopes to increase the capital of his company to bring it to the next level of success.

In a video he prepared for the show he explains his military and financial background as well as highlights his book “How To Borrow Your Way Out Of Debt”. He says he recognizes the struggles Canadian’s face because of debt overload, but points out that there are solutions.

“What we do at Coach4CashFlow.com is we show people how to turn their debt into wealth,” explains Mitchell. “We want to educate people and bring their financial education up to speed.”

To do this, he says his company shows people how to convert their debt into wealth through a series of web tools and applications that set realistic goals of being mortgage and debt free.