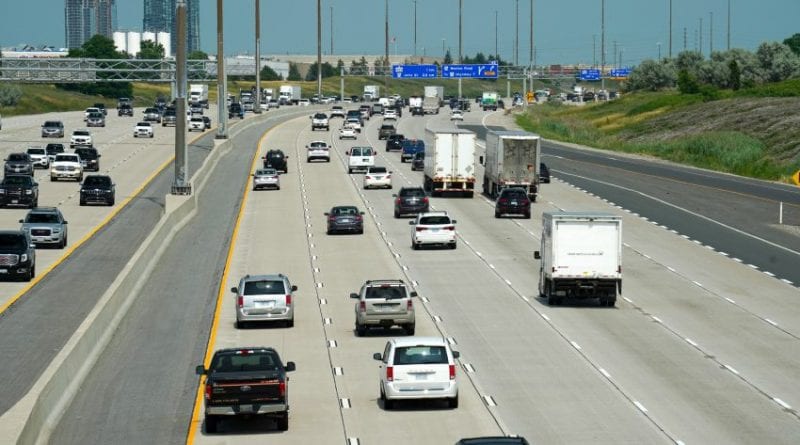 The 407 ETR has opened a new lane in each direction between Markham Road and York-Durham Line – a move that translates to 14 new lane kilometres on the108-kilometre toll highway.

That marks the second consecutive year the 407 ETR has opened new lanes on the highway. Since privatization, it has nearly doubled Hwy. 407 ETR’s footprint, adding about 567 kilometres of roadway since 2001.

Since assuming operation and maintenance of the highway, 407 ETR says it has invested more than $1.6B in extensions and expansions, an amount that’s in addition to its $3.1B investment for the lease agreement. 407 ETR pays all costs of operating the highway, including the full cost of policing, snow removal, enforcement by the Ministry of Transportation, and repairs and maintenance.