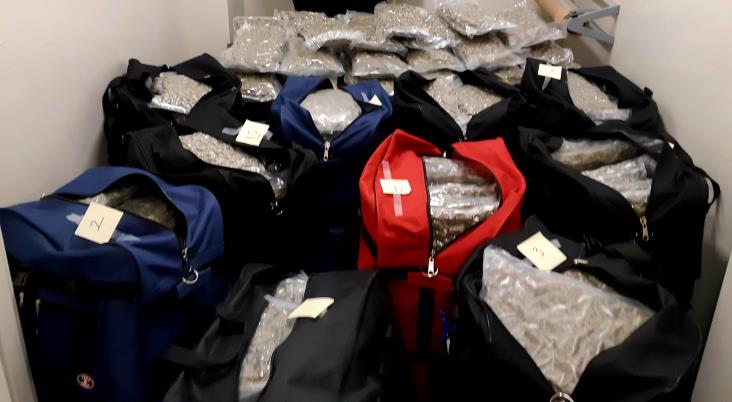 Patrol officers working out of #5 District discovered more than 360 pounds of illegal cannabis
being transported in a vehicle during a routine traffic stop in the City of Markham.

On April 16 shortly after 4 a.m., an officer on patrol stopped a white van on
Highway 407 in the area of Ninth Line and conducted a traffic stop. While speaking with the driver
and passenger, the officer noticed multiple duffel bags throughout the van. Further investigation
revealed that the bags contained more than 360 pounds of cannabis. The driver and passenger were
placed under arrest and have since been charged.

The total street value of the drugs seized is more than $1.6 million.

“This seizure is an excellent example of our dedicated frontline patrol officers who constantly
work to keep our communities safe,” said Chief Eric Jolliffe. “This illegally produced cannabis was
likely destined to supply the black market demand that has been created since legalization, which
in turn is fueling organized crime.”

Alan Dang, 32, and Boxuan Gu, 36, were charged with possession of cannabis for the purpose of distribution.
The investigation is ongoing.