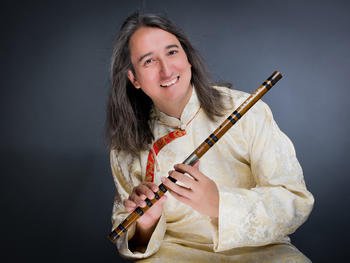 The fourth annual High Notes Gala will feature world-class performances and artists who are living good lives, despite being affected by mental illness.

“The High Notes Gala is a shining example of the power of a positive vision. We are wrestling mental health stigma to the ground. Stigma left unchallenged drains our voices and spirit,” says Paul Cappuccio, one of the show’s directors and clinical director of mental health at Southlake Regional Health Centre.

Data from the Mental Health Commission of Canada says one in five have a mental illness, and that 60 per cent of people with a mental health problem or illness won’t seek help for fear of being labelled. They live with illness and suffer from it in silence.

Moreover, Cappuccio adds, mainstream media frequently feature negative images and stereotypes about mental health conditions, and these portrayals have been strongly linked to the public’s development of fears and misunderstanding. “The prevalence of violence perpetrated by people with mental illness is less than the general population, but listening to mainstream media, you would never know that,” Cappuccio says.

High Notes Avante Productions Inc. is a non-profit organization, using the power of words and music to help those touched by mental illness move forward on higher notes.

“We use words to share the success stories of everyday heroes, and to showcase celebrities that have returned to normal and even happy lives, after experiencing a mental health issue,” says Ingrid Taheri, show artistic and executive director.

For tickets to the May 6 show, call 905-305-SHOW or visit highnotesavante.ca. Regular admission is $40 and VIP tickets, including backstage meet and greet dessert reception and a commemorative photo, $70.