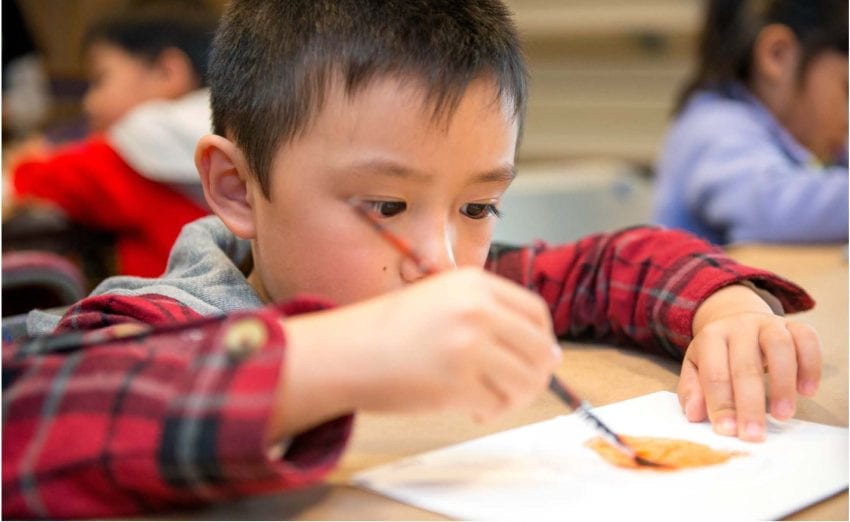 Renowned American artist Theodore Dreiser once remarked that art is the “stored honey of the human soul.” For Markham youth, that makes this month a lot sweeter, thanks to programs at the Varley Art Gallery.

The local gallery and art centre, named after Group of Seven member Frederick Horsman Varley, is once again hosting a slew of child-centred programs over the March break to accompany ongoing exhibits and initiatives.

The museum is running a series of full-day programs for children aged four to 13—each day tackling a different artistic theme or method.

Under the kinder day program (for kids aged four to six) participants will learn techniques spanning from sculpture to free painting to pencil drawing.

Juniors (seven to 12 year olds) will have the opportunity to celebrate Canadian art and artists—timely given the country’s upcoming 150th birthday—as well as canvas compositions.

A full week-long program is available for budding Picassos aged nine to 13, covering media as diverse as film and installation—even featuring a tour of the Varley’s rare vault collection.

The programs run $55 per day, or $247 for the week-long camp. The goal? To share the importance and value of art with the youngest generation.

“Our current exhibitions have inspired a variety of programs that will encourage everyone to engage with the art on display,” said Varley Director Niamh O’Laoghaire.  “Creativity, diversity and imagination are just a few examples of what Varley’s March Break Camps offer to help foster the appreciation of arts and culture in younger generations.”

Beyond sharing the benefits of art with children, the camps also highlight Canadian art in particular—which, fittingly, is on display in the museum’s exhibits this season.

It isn’t only a milestone for the country, but also the museum itself as it celebrates its 20th anniversary this year.

The Varley is showcasing the work of two artists until April—Susana Reisman and Paul Fournier, who both call the GTA home.

Fournier is based in Markham: his Worlds of Wonder exhibition showcases his own creative evolution over 50 years of expression through painting his observations of the world.

Reisman’s Standardizing Nature exhibit is a photographic series, pairing with work of Varley himself, that looks at the relationship between nature and construction—particularly how natural resources play a rule in day to day life. Reisman was born in Venezuela, but now calls Toronto home.

The museum continues to bring art to local audiences, but also shares how much artistic talent exists locally.

“This season at the Varley marks the beginning of a celebratory year for Canada 150 and the art gallery’s 20th anniversary,” said Mayor Frank Scarpitti. “I am delighted that Paul Fournier: Worlds of Wonder and Susana Reisman: Standardizing Nature have both been recognized as ‘must-see’ exhibitions by Canadian Art Online. These exhibitions continue to demonstrate the Varley’s success in presenting world-class exhibitions that support and cultivate the arts in Markham.”