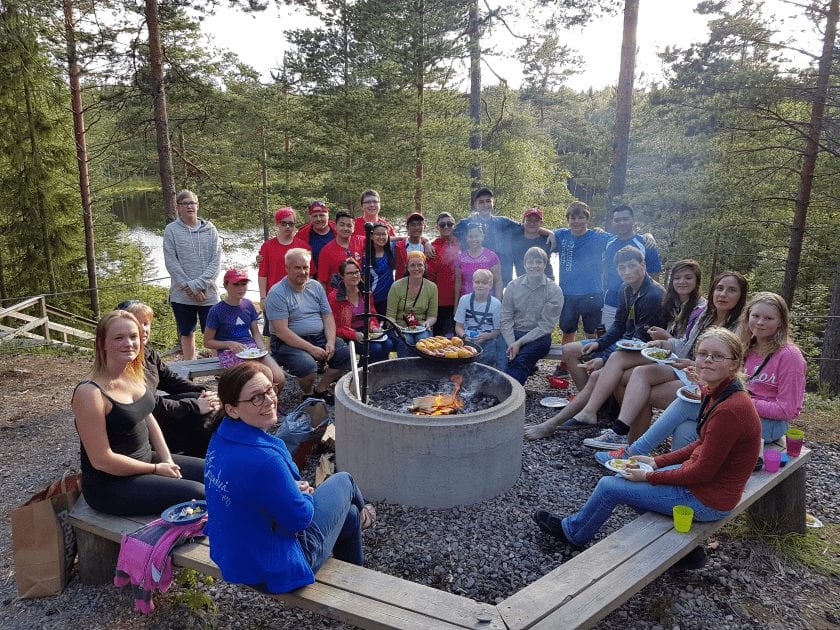 Imagine every outdoor activity you could think of. Now add a three-storey tree house, DIY graffiti walls, endless amounts of ice cream, and 17,000 Scouts from Finland and around the world. That was the experience of nine members of Scouts Canada’s 7th Markham Scout Group at Roihu Finn Jamboree in Finland. From July 13 to 31, we travelled from Canada to Finland – with a two-day stopover in Iceland – and took part in the jamboree and a trip of a lifetime. Jamborees are massive camps filled with exciting activities and new friends and are legendary in the Scouting world.

The camp itself took place from July 20-28, but we opted to also visit a former Scout member in Iceland, stay with a local Finnish family for four days to learn about Finnish culture, and take a three-day post-camp tour of Turku and Helsinki.

At the jamboree, we participated in a variety of exciting activities from water sports to fire swords, and met Scouts from around the world. The special thing about this camp, at least from our perspective, was that there were three saunas on-site. According to our Finnish hosts, saunas are a regular feature in many of their camps. Naturally, after being introduced to Finnish style saunas by our pre-camp host families, we sweated it out every night. The last day of camp ended with a bang with a concert by famous Finnish artist SANNI.

“I got to meet so many other Scouts from different countries that I know I’ll remain friends with for a long time. Shout-out to Ben from Ireland,” said Clara Estrella, a 16-year-old Venturer Scout.

We are back in Canada now, but this is one of those trips that we haven’t stopped talking about. The 7th Markham Scout Group is already planning our next trip to Canada’s own Canadian Jamboree, taking place in Nova Scotia in the summer of 2017.