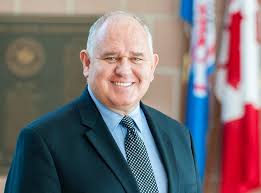 The collective agreements between the parties expired on December 31, 2015 and this tentative agreement comes after a series of negotiation meetings over the last several months. The agreement will be presented by the York Regional Police Association to its membership for a ratification vote.
The conciliation meeting scheduled for August has been cancelled and the ratification process will take up to five weeks.

The Police Services Board believes that the agreement is fair and also reflective of its recognition of the excellent service that York Regional Police Association members provide to the community. The board has confidence that the uniform and civilian members will continue to meet the high standard that they have established in making the Regional Municipality of York one of the safest communities in Canada.

“The Police Services Board recognizes the personal commitment and professional work of York Regional Police members, and we are very pleased a mutually-acceptable tentative settlement has been reached,” said chair of the Police Services Board Frank Scarpitti. “We appreciate the collaborative approach that led to a successful agreement.”

The board continues to fully support the chief and his executive management team in efficiently and effectively managing the police service and ensuring York Regional Police is accountable, performs in accordance with Provincial legislation, provides the safest working environment possible and that taxpayers are getting the best value for their money.

Details for the tentative agreement will be released following ratification both by the York Regional Police Association and the Police Services Board.

For more information on The Regional Municipality of York Police Services Board, please visit yrpsb.ca